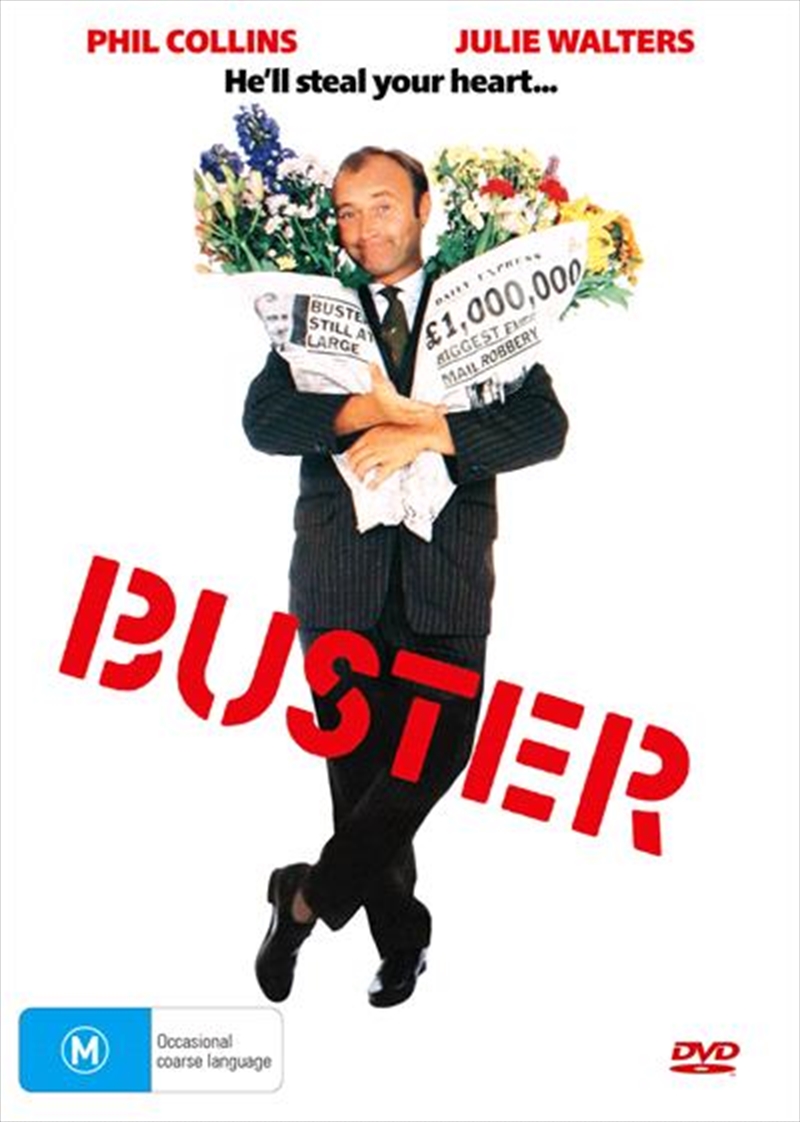 Shipping - See delivery options.
Postcode:
Quantity:
SEE MORE IN:
New Release DVD & Blu-ray New Release Movies 2 for $20 Movies & More
Pop legend Phil Collins makes an impressive acting debut (LA Herald-Examiner) in this endearing (Los Angeles Times), award-winning comedy about love, life and family on the lam. Based on actual events surrounding the Great Train Robbery of 1963, Buster follows the exploits of a lovable husband and father who provides for his family by stealing. Wanted for his involvement in one of the most daring robberies ofall time, Buster (Collins) must pack up his clan and hightail it to Mexico. But when his wife grows tired of sunshine and margaritas and moves back to England, Buster faces a tough choice: remain a free man in Mexico or face the music in London so he can one day be with his family again. Tinged with scruffy, good-natured charm (Boxoffice) and the Collins hits Two Hearts and Groovy Kind of Love, Buster will steal your heart!