VC Andrews - All That Glitters 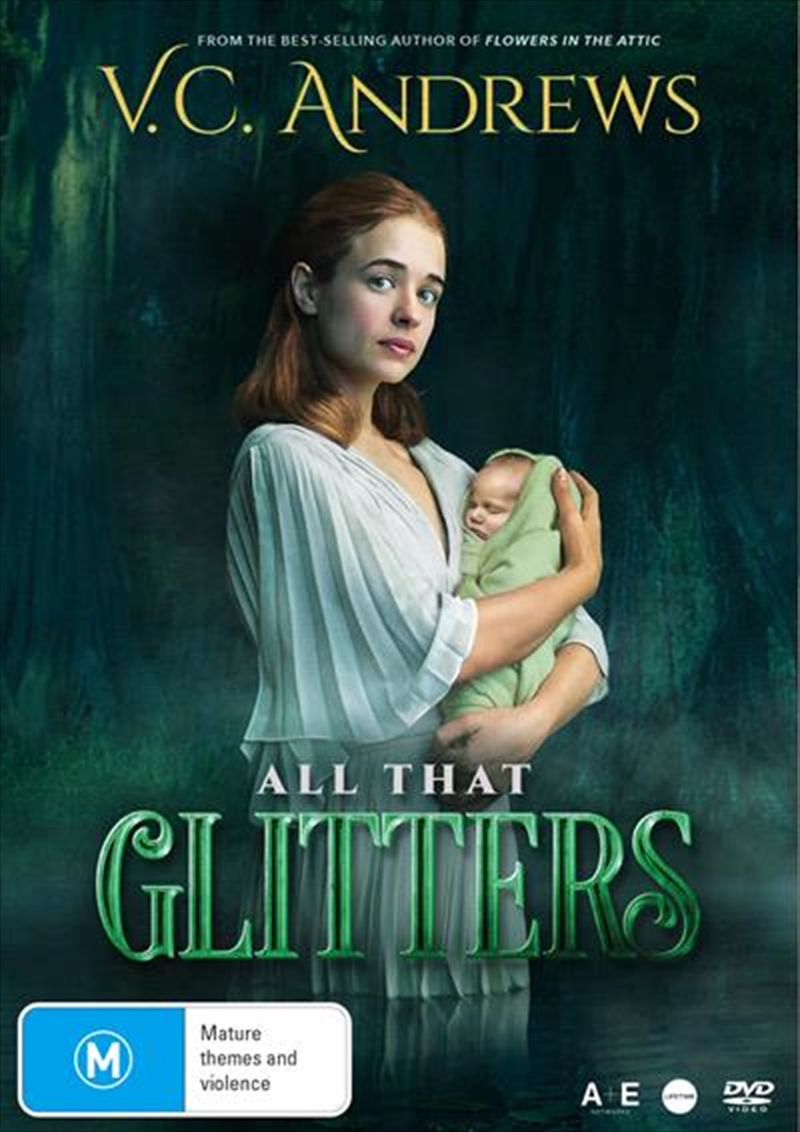 VC Andrews - All That Glitters

Shipping - See delivery options.
Postcode:
Quantity:
SEE MORE IN:
New Release DVD & Blu-ray New Release Movies VC Andrews 2 for $20 Movies & More 2 For $20 Drama
Based on the third book in VC Andrews' best-selling Landry Series, All That Glitters picks up as Ruby Landry (Raechelle Banno) is driven from the Dumas mansion and returns to her beloved childhood home in the bayou, where she's intent on creating a new life for her baby girl, Pearl. Ruby's high school sweetheart, Paul, once again is there to support her, and when he moves her into his impressive home, she has new hope for the future. However, Ruby can't escape the judging eyes of Paul's mother Gladys, who knows Ruby and Paul's dark secret, and Giselle continues to torment Ruby when she reveals news about Beau, Pearl's real father and Ruby's true love. Ruby longs for another life. The web of deceit continues when Giselle falls into a coma and Ruby finds herself lured into a twisted plan to be with Beau.

Title: VC Andrews - All That Glitters