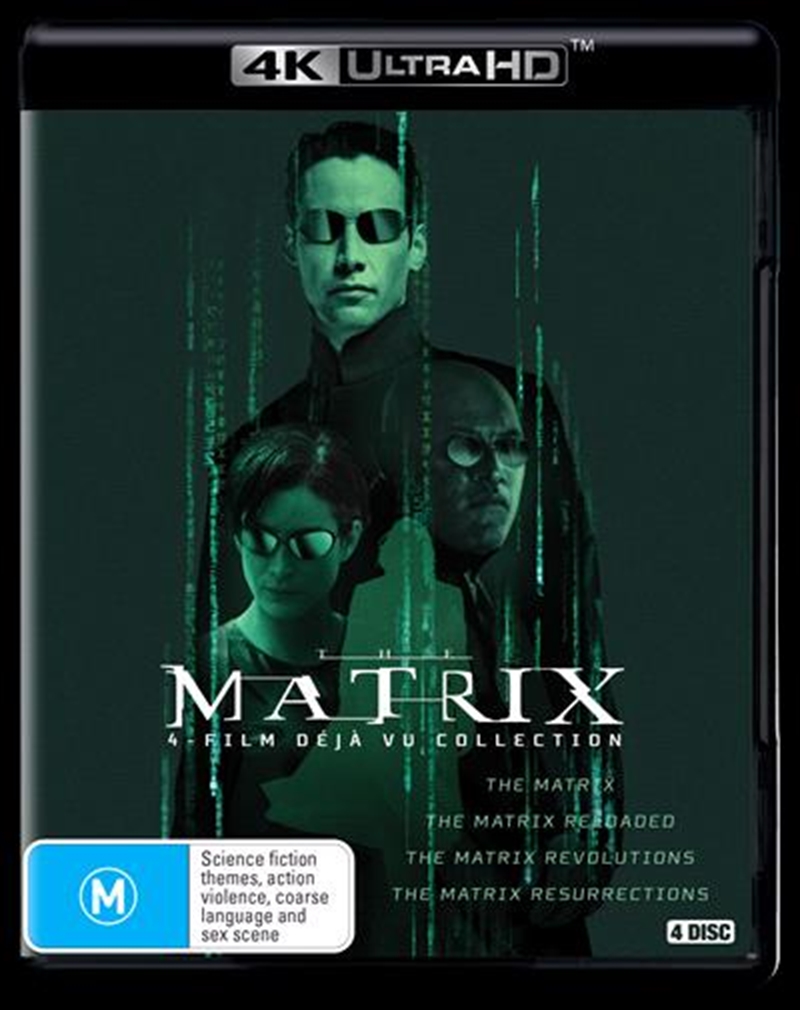 Shipping - See delivery options.
Postcode:
Quantity:
SEE MORE IN:
Up To 50% Off Boxsets 4K UHD The Matrix Boxsets for Dad
The series depicts a future in which Earth is dominated by a race of self-aware machines that was spawned from the creation of artificial intelligence early in the 21st century. At one point conflict arose between mankind and machines, and the machines rebelled against their creators. Mankind attempted to block out the machines' source of solar power by covering the sky in thick, stormy clouds. A massive war emerged between the two adversaries which ended with the machines victorious, capturing mankind. Having lost their definite source of energy, the machines devised a way to extract the human body's bioelectric and thermal energies by enclosing people in pods, while their minds are controlled by cybernetic implants connecting them to a simulated reality called the Matrix. Contains:
1. The Matrix
2. The Matrix Reloaded
3. The Matrix Revolutions
4. The Matrix Resurrections