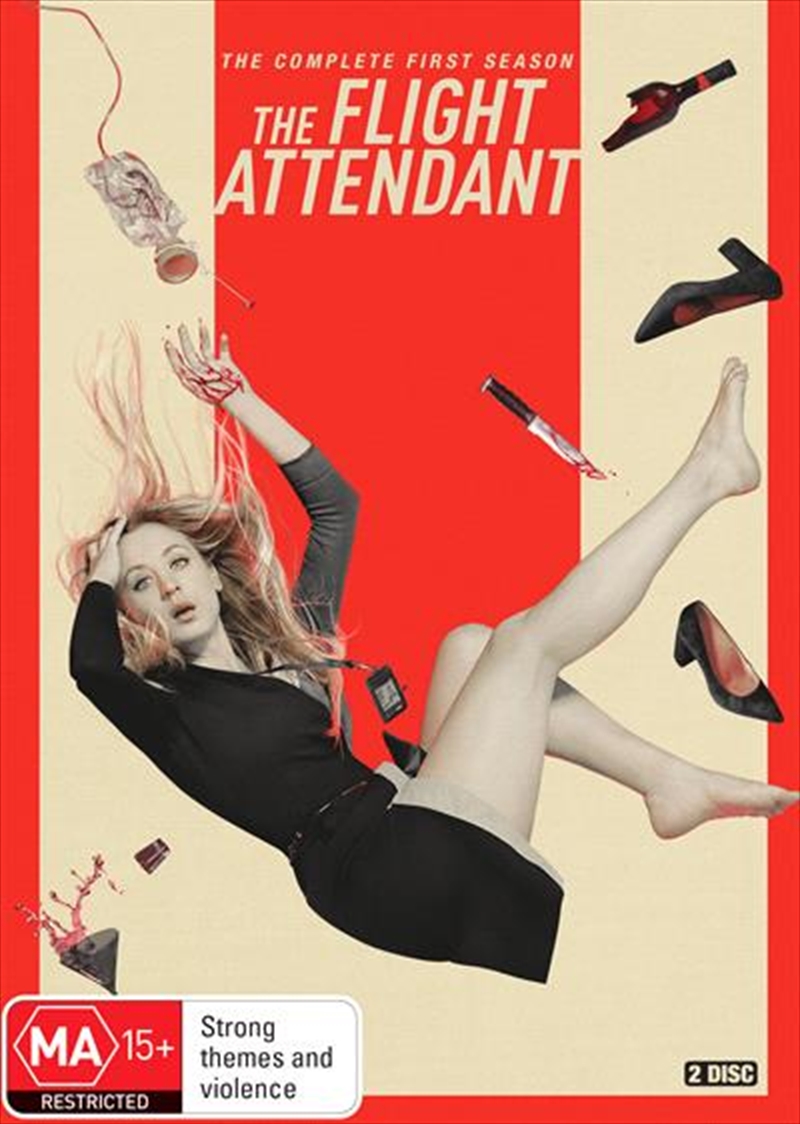 A deadly mystery with a turbulent descent.

Sometimes, an entire life can change in one night. This dark comedic thriller, based on the novel by Chris Bohjalian, stars Kaley Cuoco as Cassie Bowden, a New York-based, globe-trotting flight attendant with a devil-may-care attitude and a history of binge drinking, who relishes flying off at a moments notice to her next great adventure. But Cassies glamorous world is thrown into a tailspin when she wakes up in the wrong hotel, in the wrong bed, with a dead man - and no idea what happened. Haunted by the bleak future she faces if she doesnt clear her name, Cassie scrambles to put together the pieces of a night in Bangkok gone terribly wrong, leading her down a twisted path filled with unsettling discoveries and more than a few illegal escapades.