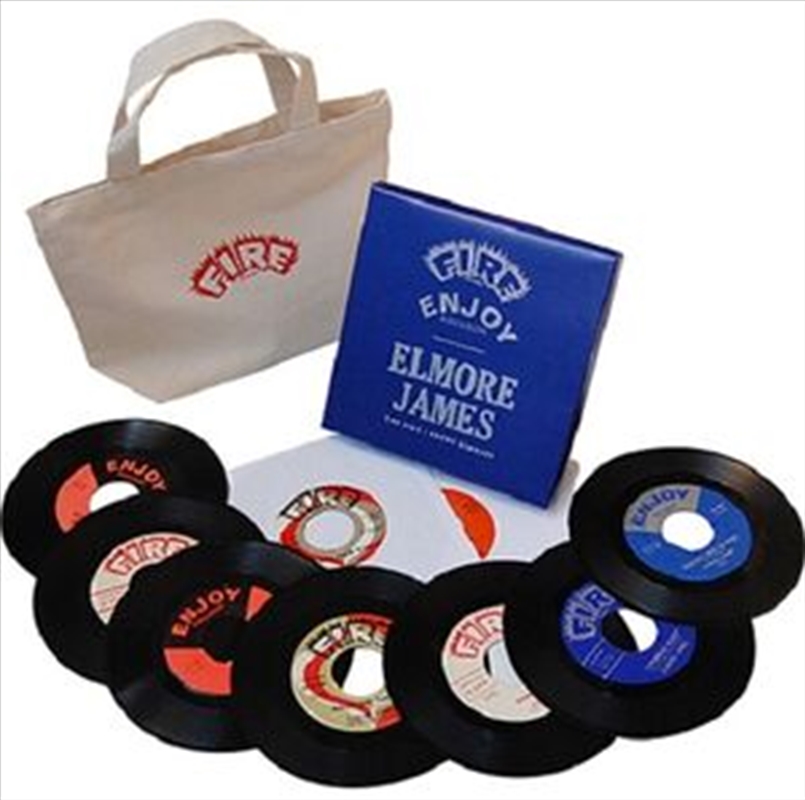 Back in 2015, P-VINE pressed a special edition of the Fire/Enjoy singles by Elmore James as a series of 7" discs that was quickly buried by the quick turnover of new releases and were not presented to our overseas clients.

As part of a recent drive to clean up the stock-room, our dusters managed to work their magic and uncover a number of copies of this release previously unknown to the overseas marketing division.

Towards the end of a career cut tragically short, Elmore James recorded a string of singles between 1959 and 1963 with renowned producer Bobby Robinson under his Fire and Enjoy record labels that would eventually lend their name to this collection.

Together they would capture James's iconic take on the blues with his effortless intersections of slide guitar complementing the marching calls from his pained Blues vocals.

This feast for the eyes box-set includes nine 7" discs and a Fire Records tote bag sized perfectly for carrying your favourite 7" record and not much else. A great addition for collectors of rare blues and DJs.