Is It Wrong To Try To Pick Up Girls In A Dungeon? - Season 3 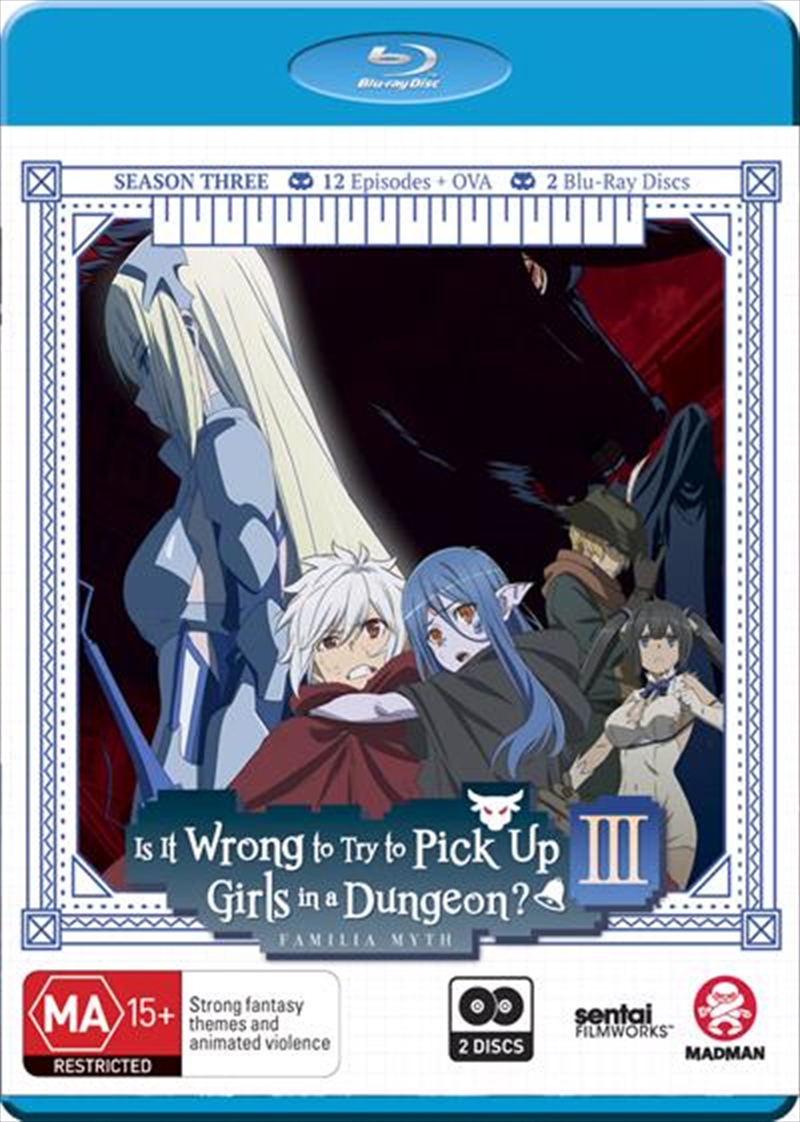 The rules of the Dungeon always seemed simple: Enter, avoid traps, kill monsters and gather treasure. But when Bell rescues a young vouivre, Wiene, who is capable of speaking, it changes his understanding of what the Dungeon's monsters could be. Unfortunately, the discovery of the Xenos, a secret group of monsters who all speak, reincarnate, and are capable of rational thought, isn't welcomed by all. With many of the Familias remaining determined to destroy all monsters on sight, Bell and the Hestia Familia quickly find themselves confronted on multiple fronts, even as other Familias work in secret to exploit the Xenos for their own sinister gains. And when the Xenos are forced to defend themselves, all hell breaks loose!

Title: Is It Wrong To Try To Pick Up Girls In A Dungeon? - Season 3