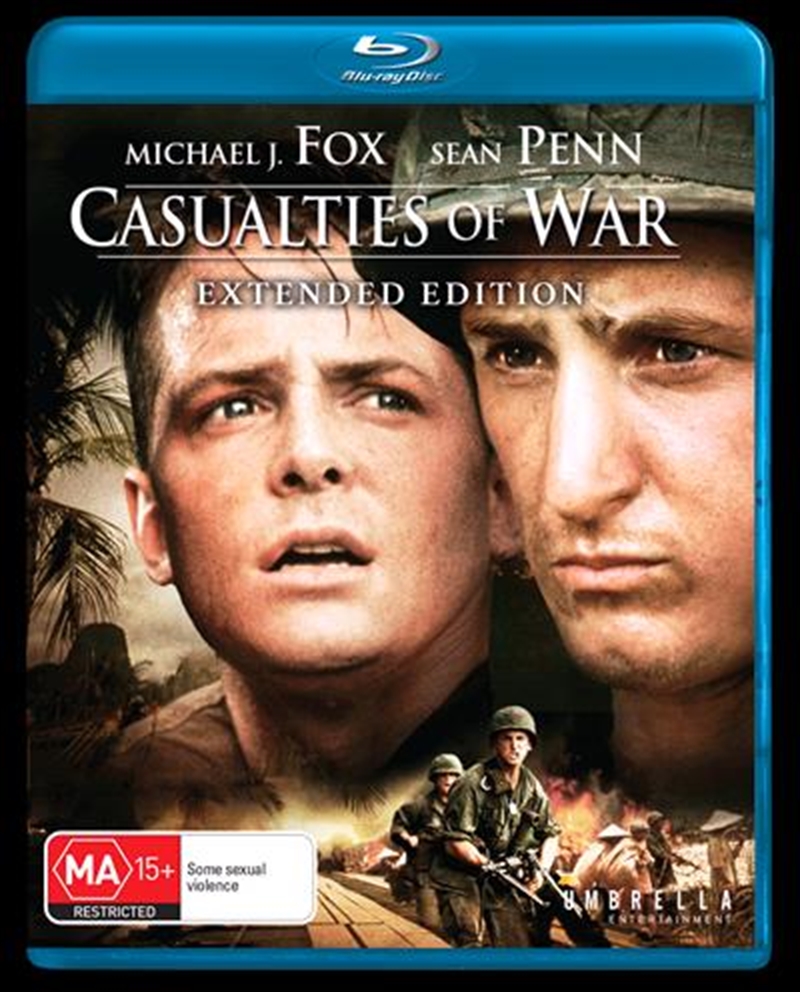 Pvt. Max Eriksson (Michael J. Fox) is stationed in Vietnam under Sgt. Tony Meserve (Sean Penn). Though Meserve saves Eriksson's life during battle, the two men clash when the callous senior officer orders the abduction of Than Thi Oanh (Thuy Thu Le), a young Vietnamese woman, to be used as a sex slave. When Eriksson refuses to take part in the abuse of Oanh, tensions between him, Meserve and the rest of the unit heat up and finally explode during a firefight with Viet Cong troops. Hailed by critics as a masterpiece, Casualties of War is based on the true story of soldiers caught in the moral quagmire of wartime Vietnam. Witness to a vile crime, Private Eriksson (Michael J. Fox from Back to the Future, TV's Spin City) is forced to stand alone against his fellow soldiers and commanding officer Sergeant Meserve (Sean Penn from Dead Man Walking, Fast Times at Ridgemont High), a powerful and charismatic man pushed over the edge of barbarism by the terror and brutality of combat.
With sweeping scope, action and raw power, master filmmaker Brian De Palma (The Untouchables, Scarface) creates a devastating and unforgettable tale of one man's quest for sanity and justice amidst the chaos of war.