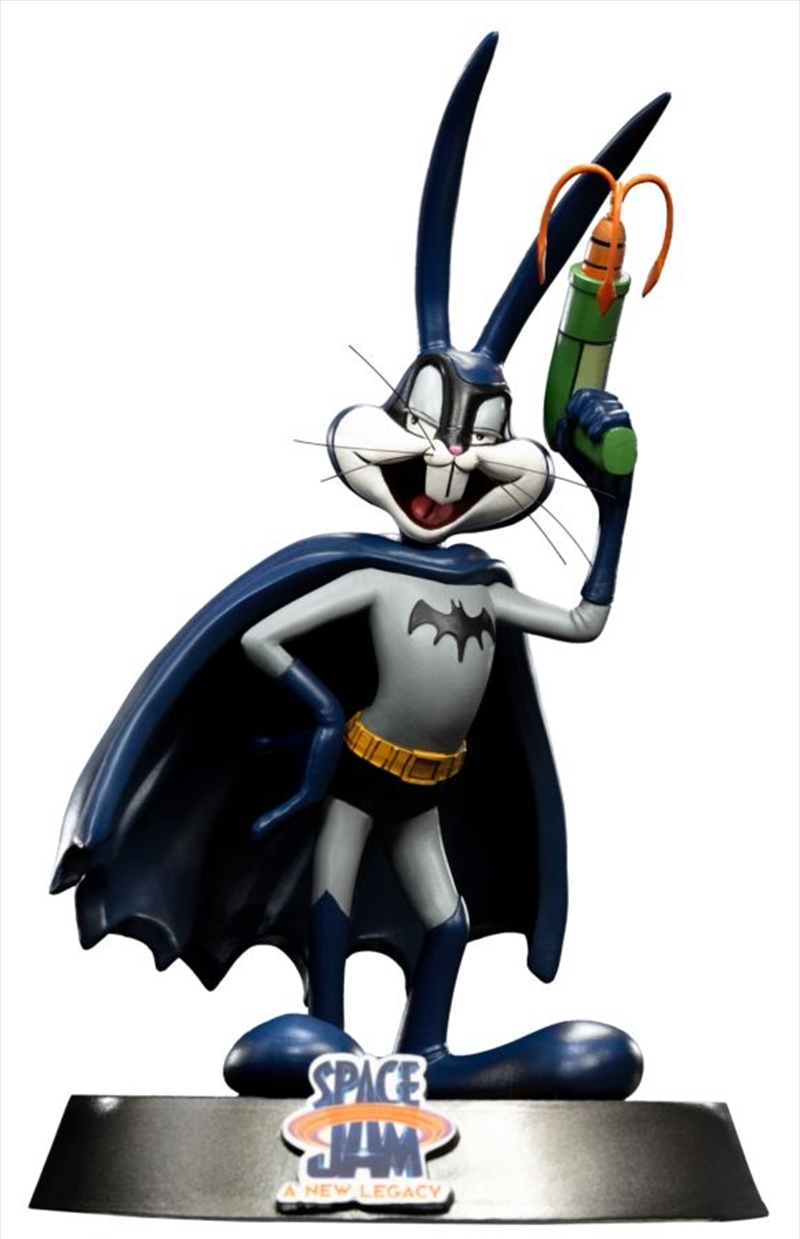 With narrowed, expressive eyes and his striking ironic smile, the worlds most famous rabbit takes on the role of the sullen defender hero of Gotham City, wielding his carrot harpoon gun. In this way, Iron Studios presents its "Bugs Bunny Batman - Space Jam: A New Legacy - Art Scale 1:10" Statue, featuring the cunning, daring, and mocking cartoon bunny and Warner Brothers mascot, dressed as Batman just like in the movie Space Jam: A New Legacy.

Space Jam: A New Legacy repeats the success formula of the original movie Space Jam (1996), in which the iconic Looney Tunes of animations starred alongside legendary basketball player Michael Jordan. In a fictionalized version of himself, now court star LeBron James is abducted into virtual reality by Al-G Rhythm, an artificial intelligence. To return to his reality and save his family, he needs the help of Bugs Bunny and the main Looney Tunes to win a basketball match against the monstrous avatars of Goon Squad players created by Al-G. Traveling through the server-verse  (server multiverse) of Warner Bros aboard a spaceship, LeBron and Bugs Bunny arrive at DC World in the city of Metropolis in Bruce Timms animated universe, hoping to recruit Superman. Instead, they are transformed into the dynamic duo, with Bugs as the Dark Knight and an outraged LeBron as Robin.