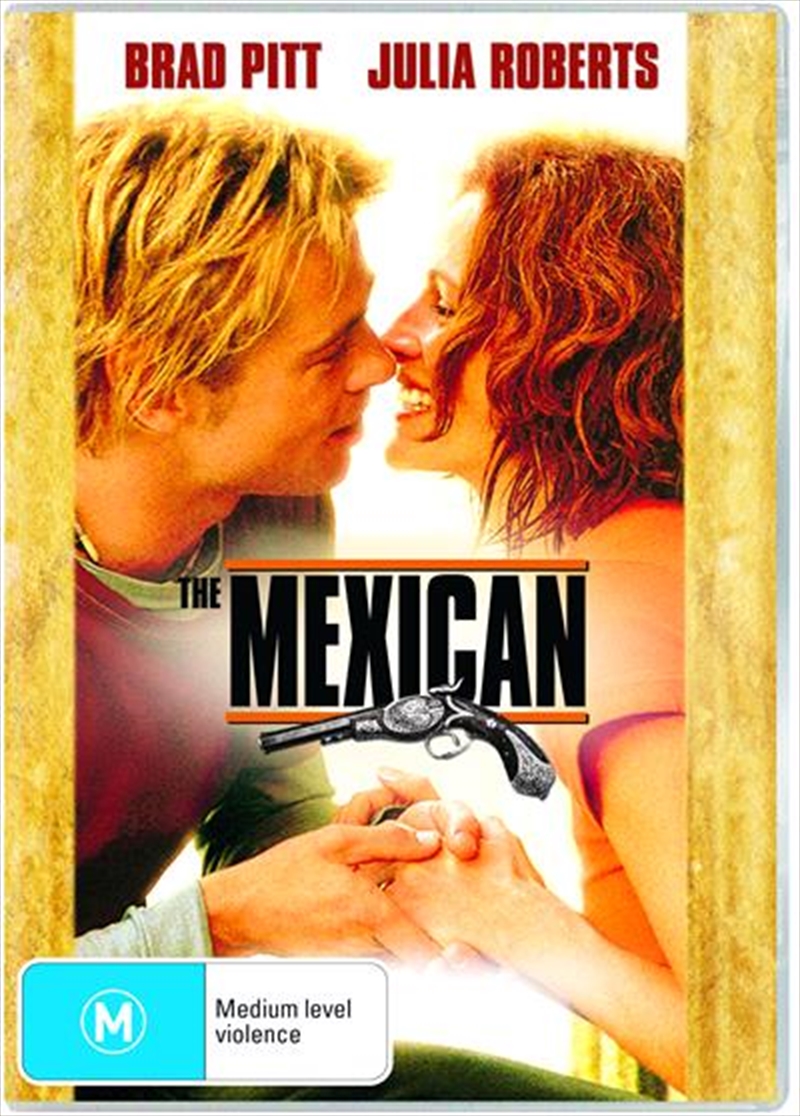 Shipping - See delivery options.
Postcode:
Quantity:
SEE MORE IN:
New Release DVD & Blu-ray New Release Movies 2 for $20 Movies & More
Two parallel yet intertwined stories and a stellar cast make THE MEXICAN a clever, offbeat comedy-thriller. Academy Award winner Julia Roberts and Brad Pitt, in their first film together, play a battling couple headed for a split after Jerry (Pitt) agrees to embark on one last task for a dangerous mob boss much to the dismay of his strong-willed, independent girlfriend Samantha (Roberts). Jerry sees the errand as a quick score - hes to travel to Mexico to retrieve a legendary, hand crafted pistol known as The Mexican. But Jerrys trip south of the border not only explodes into a series of mishaps, missteps, and misadventures, but his hilariously ill-fated errand draws Samantha into the plot as well when shes nabbed by a troubled hitman (The Sopranos James Gandolfini, in a scene stealing performance) and held captive to ensure that Jerry completes his assignment. Will Jerry get the gun? And the girl? And his normal life back? Youre in for a non-stop roller coaster ride of thrills, danger and laughs in this wild and unpredictable search for The Mexican.