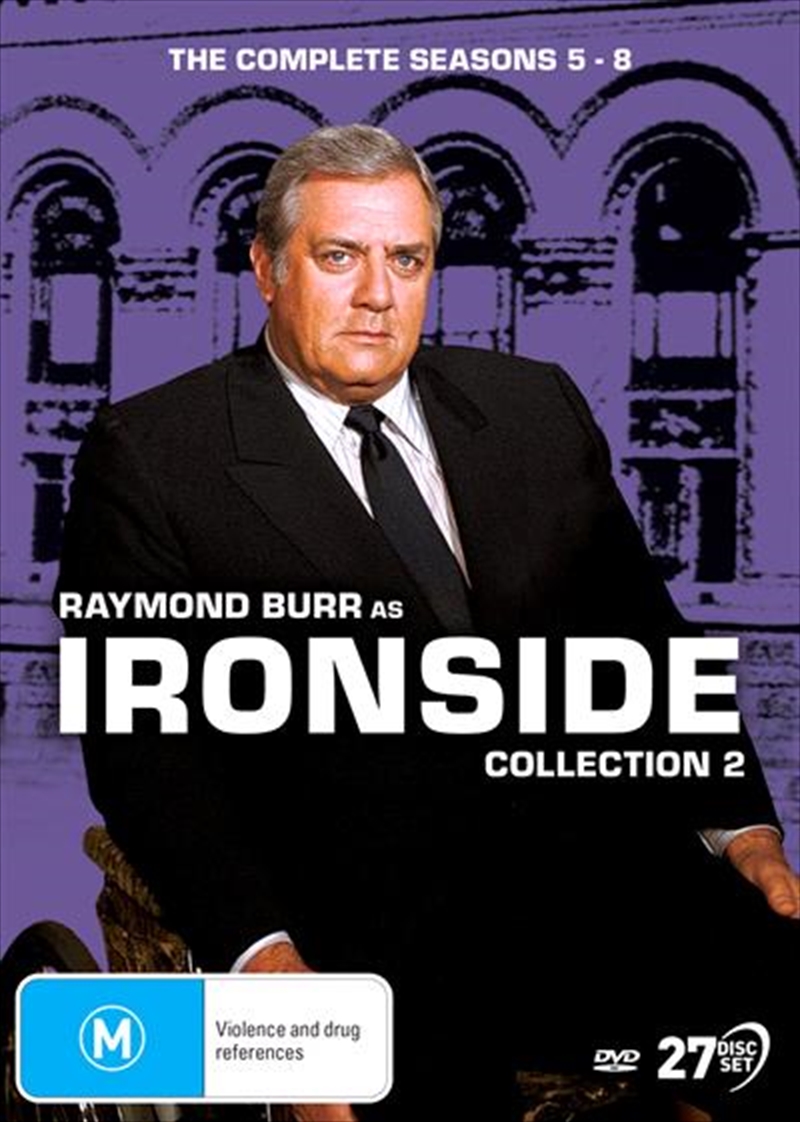 Shipping - See delivery options.
Postcode:
Quantity:
When a bullet from a would-be assassin left him paralysed from the waist down, the Bay Areas Chief of Police was forced to stand down. But instead of giving up his crusade against crime, Chief Robert T. Ironside became a special civilian consultant to the San Francisco Police Department. Now, with Det. Sgt. Ed Brown (Don Galloway), police officer Fran Belding (Elizabeth Baur), and ex-delinquent Mark Sanger (Don Mitchell), Ironside continues to solve the city's toughest cases. This 27-disc set brings together Seasons 5-8 of the long-running hit television police series, plus special features including vintage interviews with Raymond Burr and the cast.