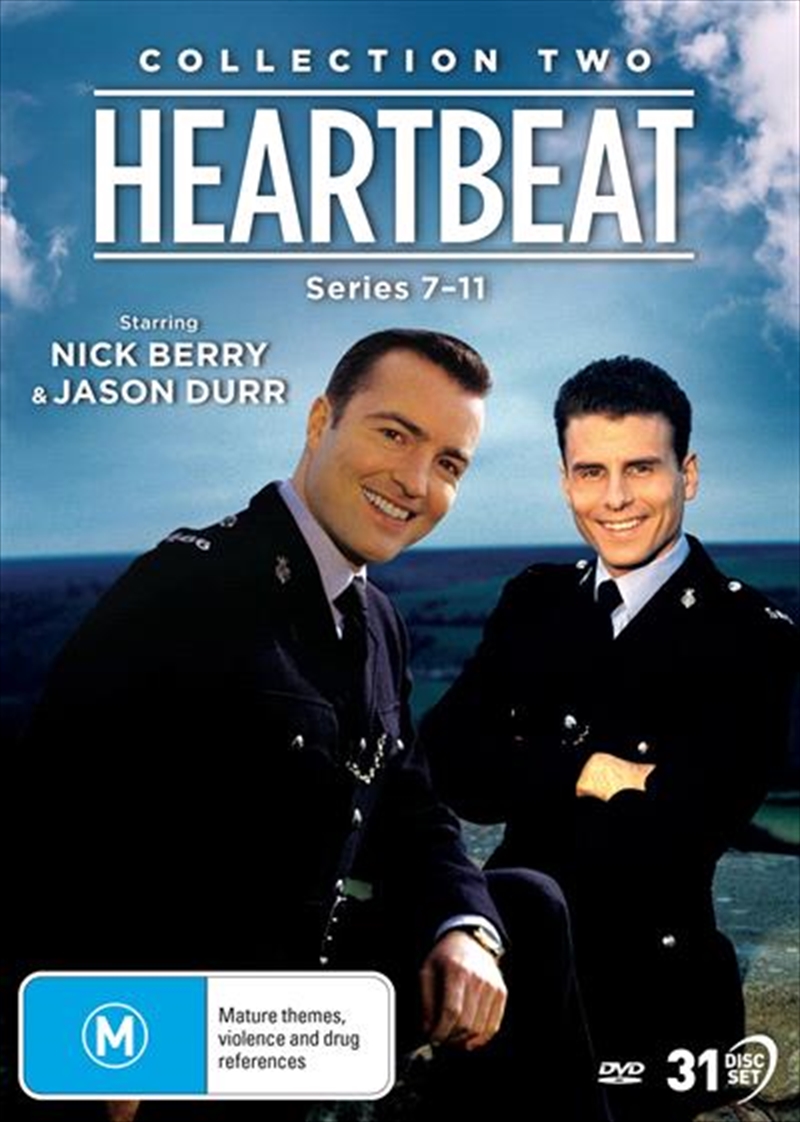 Shipping - See delivery options.
Postcode:
Quantity:
SEE MORE IN:
Heartbeat
One of the most beloved and successful British TV series of all time, Heartbeat stars Nick Berry, and new addition to the cast Jason Durr, as PCs whose work take them into the heart of community life in the fictional North Yorkshire village of Aidensfield. Set during the 1960s, this enduringly popular series interweaves crime and medical storylines, with a host of colourful characters that viewers took to their hearts and a wonderfully nostalgic soundtrack. Running for two successful decades and becoming staple Sunday-night viewing, Heartbeat won several prestigious TV awards including Best Performing Peak-Time Drama in 1999 (beating Coronation Street), and a number of ITV Programme of the Year awards. The series attracted a peak audience of 14 million, spawned a highly successful spin-off, The Royal, and a Top Ten hit single, and has garnered a devoted following, remaining prime-time viewing world-wide. Collection Two brings together the Series 7 - 11 across 31 discs.