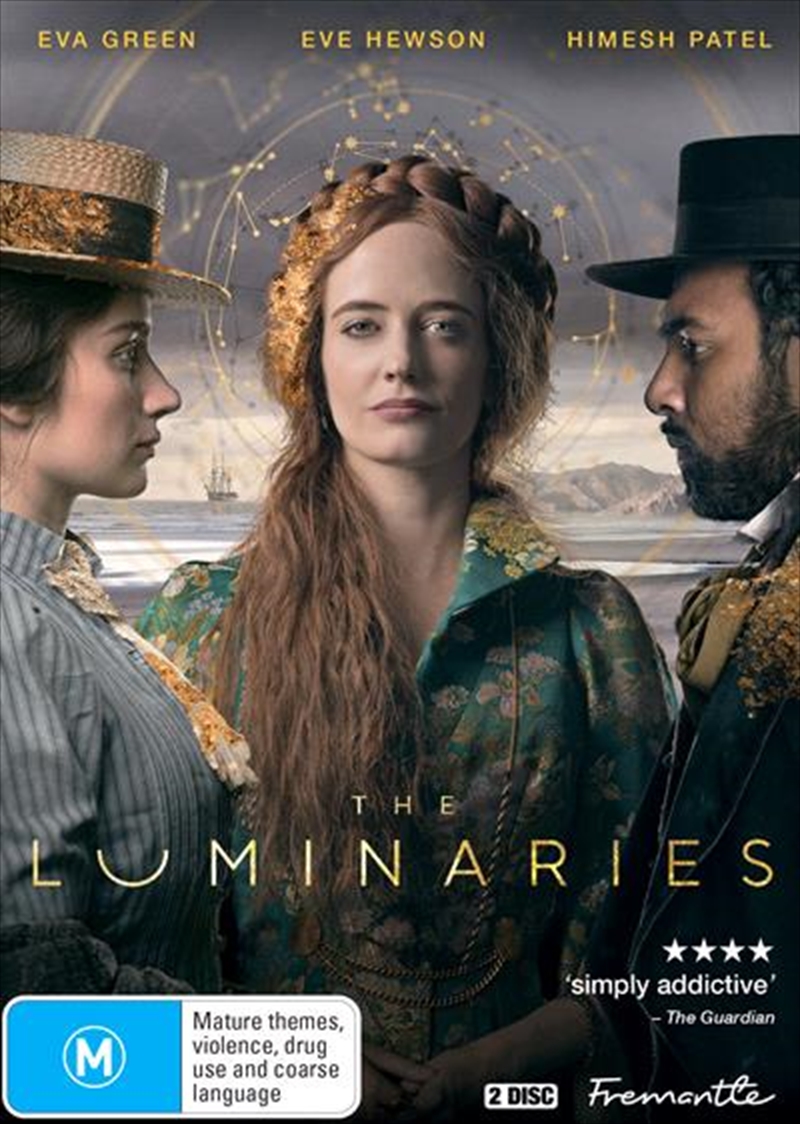 Shipping - See delivery options.
Postcode:
Quantity:
SEE MORE IN:
2 for $40 TV New Release DVD & Blu-ray New Release Television All 2 for $40
DESCRIPTION
Set on the wild west coast of New Zealands South Island at he height of the 1860s gold rush, The Luminaries tells an intricately woven, suspenseful tale of love, murder and revenge. The story begins in 1865. Anna Wetherell (Eve Hewson) has travelled to New Zealand to forge a new life. On the last day of her voyage, a romantic first encounter with the radiant Emery Staines (Himesh Patel) fills her with great expectations for what lies ahead.However, the scheming fortuneteller Lydia Wells (Eva Green) has other ideas for Anna and lays a trap to ensure that the planned rendezvous between the young lovers never takes place. Deceived, swindled and betrayed, Annas fortunes begin to fall. She is drawn into Lydias elaborate blackmail involving opium, gold, false identity and fraud, which ultimately finds her framed for murder, imprisoned and fighting for her life. The bond between these starcrossed lovers is more than mere affinity. Anna and Emery are what is known as "astral twins", they were born at the very same instant, under the very same sky, which has created a magical connection, driving them towards a single destiny. When Emery vanishes without a trace, leaving Anna without an alibi for a murder she did not commit, the noose of the plot begins to tighten around her. Faced with the impossible, she must ask: do we make our fortunes, or does fortune make us?
TRAILER
DETAILS