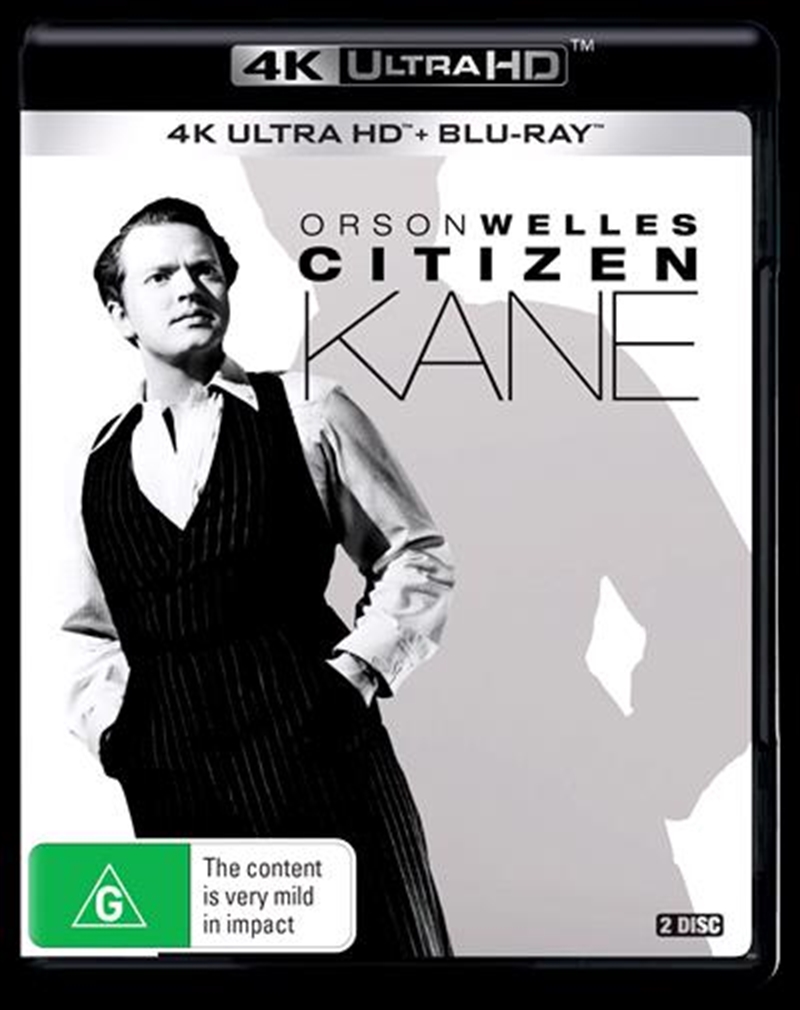 Shipping - See delivery options.
Postcode:
Quantity:
SEE MORE IN:
New Release DVD & Blu-ray New Release Movies
DESCRIPTION
This Orson Welles' classic is a landmark achievement. The story of the rise and abuse of power by a newspaper publisher is considered one of the greatest films ever made. The character is based on William Randolph Hearst and created a furore when released in America. The Hearst newspapers first banned any mention of the film and then later bitterly attacked it. In 1958 it was included among the 12 best films ever made in a poll of international critics conducted in Brussels.
TRAILER
DETAILS