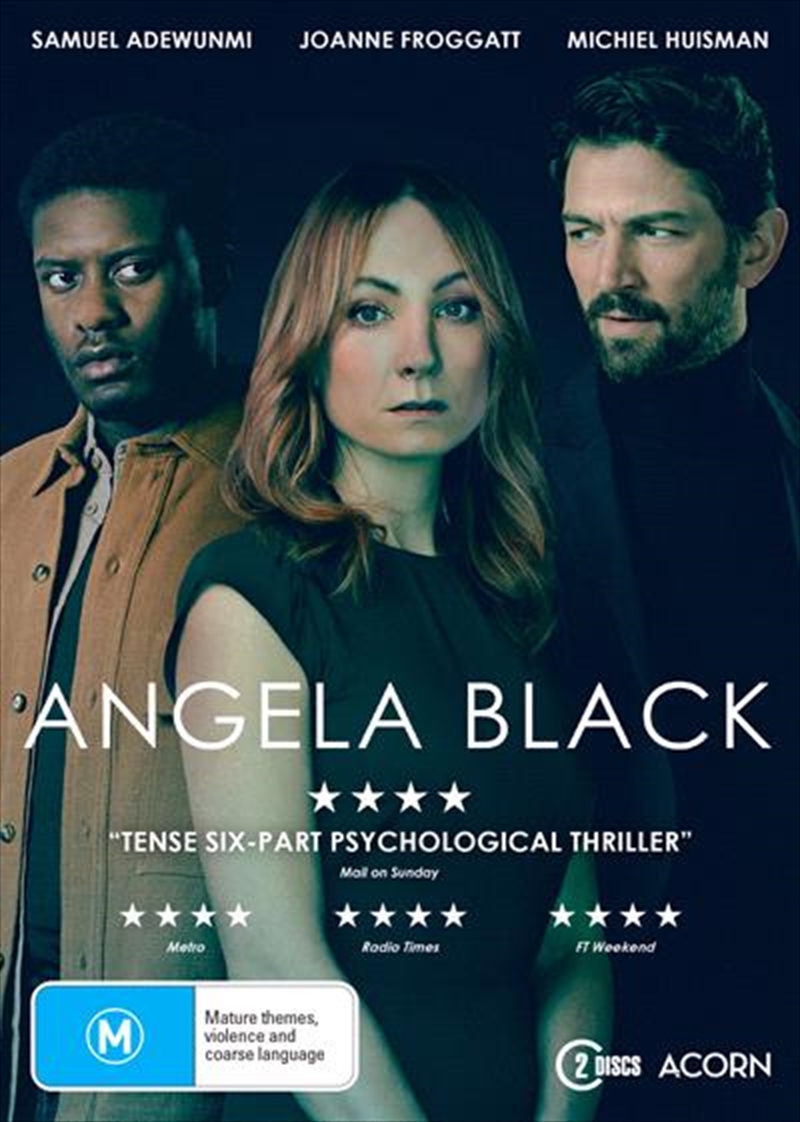 Shipping - See delivery options.
Postcode:
Quantity:
SEE MORE IN:
New Release DVD & Blu-ray New Release Television Australian Movies
DESCRIPTION
Angela Blacks life appears idyllic: a lovely house in suburban London, days working as a volunteer at the dogs home, two wonderful sons and a charismatic, hard-working husband, Olivier. However, beneath this faade of charmed domesticity, Angela is also the victim of domestic abuse. Trapped in a relationship she cannot escape, Angela is approached out of the blue by Ed, a private investigator, who spills Oliviers darkest secrets. When faced with some horrifying truths about her husband, a stunned Angela is left reeling. Can she really trust Ed? Can she leave behind her life as she knows it and finally free herself from Olivier? With one encounter, Angelas life switches from school runs and the dogs home to private detectives and buried secrets as she risks everything she holds dear to fight back against the man who has suppressed and tormented her for most of her life.
TRAILER
DETAILS