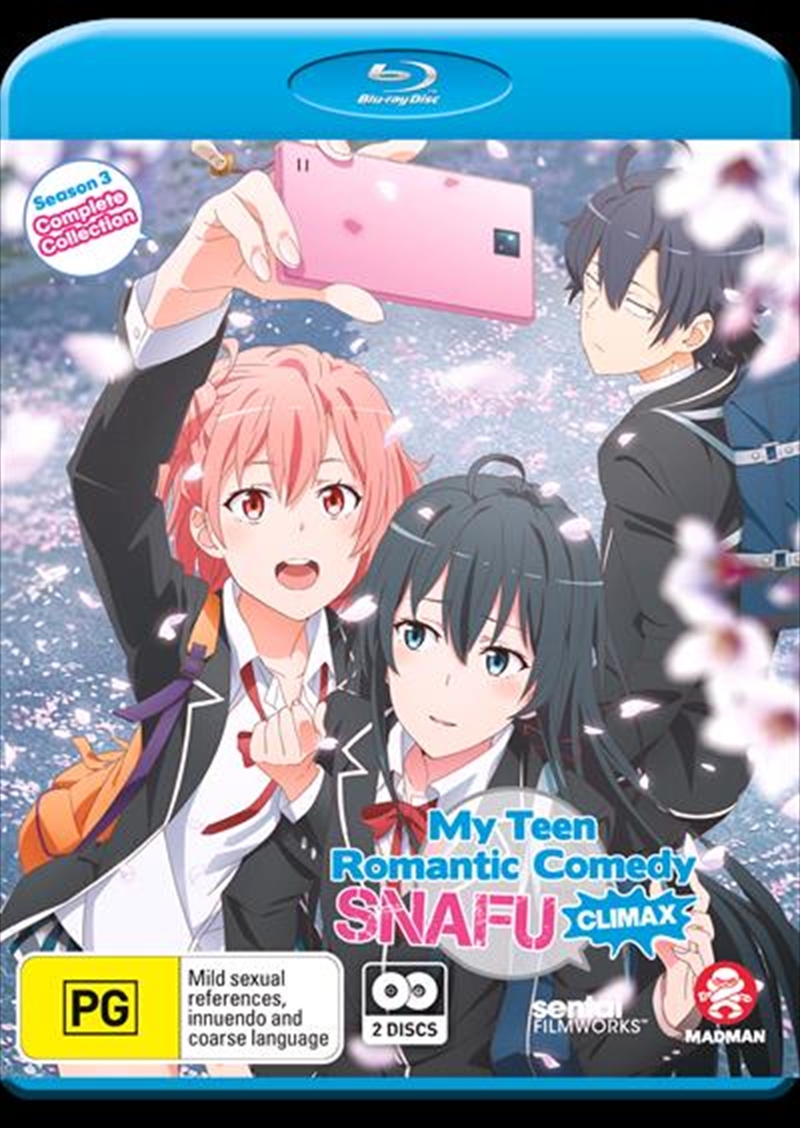 High school is coming to an end and a huge portion of Hachiman, Yukino and Yui's world is about to change, whether they like it or not. With that realization comes another epiphany: even though they've spent so much time helping others, the three Service Club members still have issues of their own that need working out. But even as Yukino decides to move back in with her parents and attempt to put that part of her life in order, she accepts the major task of helping plan the graduation prom. Trying to accomplish such a major goal will be one of the hardest jobs the Service Club has ever taken on, but as long as they have each other to rely upon, they're determined to see it through in the third and final season of My Teen Romantic Comedy SNAFU!
DETAILS