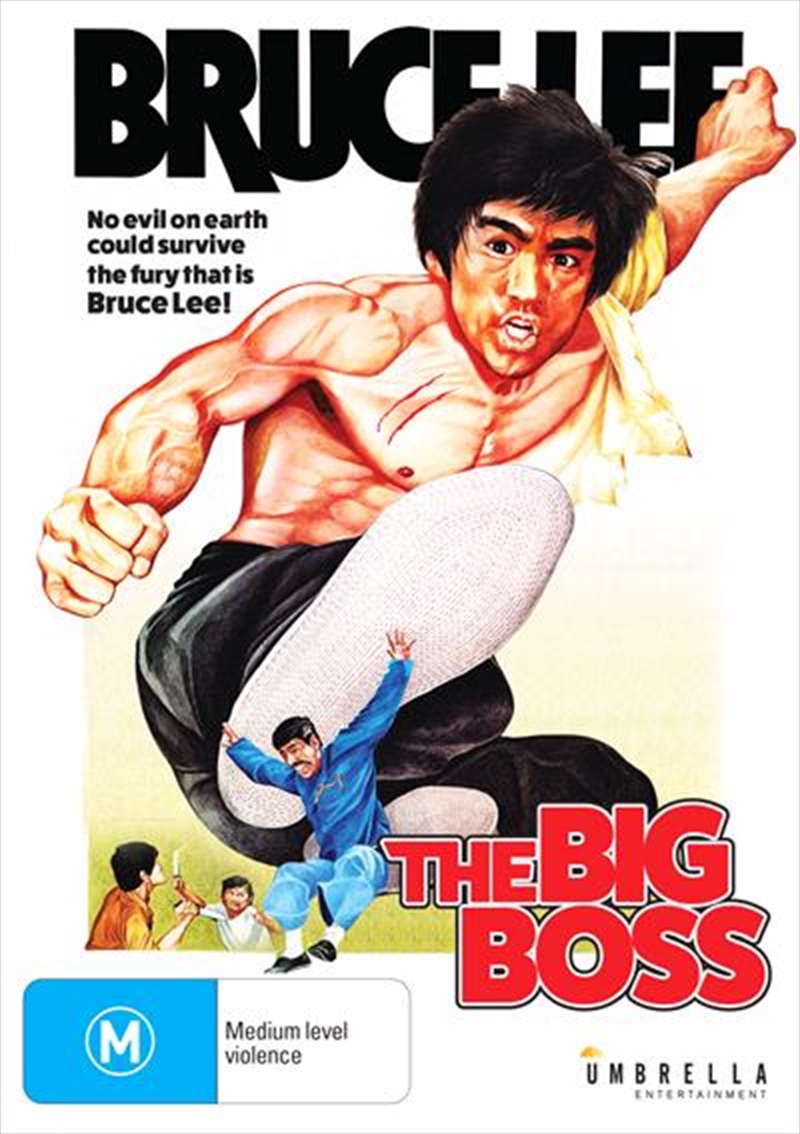 Shipping - See delivery options.
Postcode:
Quantity:
SEE MORE IN:
4 for $50 DVD, Blu-ray & More New Release DVD & Blu-ray New Release Movies
DESCRIPTION
A young man sworn to an oath of non-violence works with his cousins in an ice factory where they mysteriously begin to disappear. Witness the feature film debut of the greatest action star of all time as Bruce Lee introduces his magnetic charisma, unrivalled martial arts ability and ground-breaking fight choreography to the world in The Big Boss. Lee stars as Chen, an idealistic young man sworn to an oath against violence, who travels abroad to Thailand looking for work. Accepting a meagre labouring job at a local ice factory, Chen must resist the urge to stand up to local thugs who have the run of the town. However, when the ice factory operation is exposed as a front for a vicious drug trafficking syndicate, and his co-workers begin to mysteriously disappear, Chen must decide whether to break his vow and stand and fight. But in order to challenge the Big Boss, Chen must first survive a brutal battle with a factory full of henchmen. Fully restored from original materials, with a digitally re-mastered widescreen transfer and special features, The Big Boss takes its place as one of action cinemas most enduring classics.
TRAILER
DETAILS