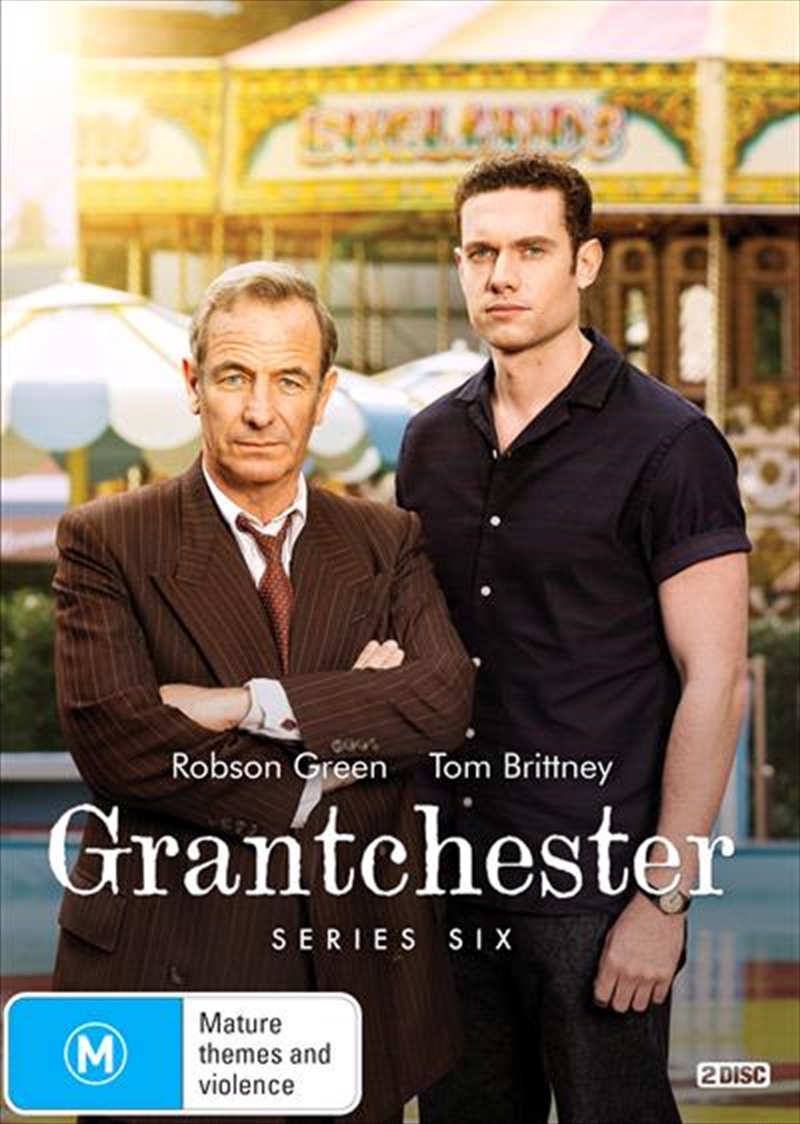 Shipping - See delivery options.
Postcode:
Quantity:
SEE MORE IN:
New Release DVD & Blu-ray New Release Television Grantchester
DESCRIPTION
Its 1958 and trouble is brewing in the Cambridgeshire village of Grantchester. Reverend Will Davenport (Tom Brittney) relishes his role as a firebrand vicar, willing to rock the boat and challenge conventions to help anyone in trouble. But the very role he loves put him at odds with his own ideals when his kind-hearted curate, Leonard Finch (Al Weaver) is caught up in a scandal. Wills best friend, Detective Inspector Geordie Keating (Robson Green), finds his principles shaken, housekeeper Mrs Chapman (Tessa Peake-Jones) is distraught, and Geordies wife Cathy (Kacey Ainsworth) is defiant.Will and Geordies friendship is also tested when an old army buddy comes back into Geordies life. Johnny (Shaun Dooley) is a lawyer, representing the very people Geordie puts away. But the bond forged between them in a Burmese prison camp means Geordie is drawn to this morally grey character, particularly when Wills idealism starts looking like naivety, from a certain point of view.Despite their differences of opinion, Geordie and Will tackle a variety of cases together, from a murder during a summer break at a holiday camp, to contested adoptions, the deadly cut and thrust of a parish election, American soldiers racing cars, audacious robberies, student CND protests, and even a murdered music producer.It seems morality and legality are at loggerheads at every turn. But when the question of what true justice really means comes uncomfortably close to home, its going to take all of Wills skill and empathy to navigate these choppy waters and help the ones he loves.
TRAILER
DETAILS