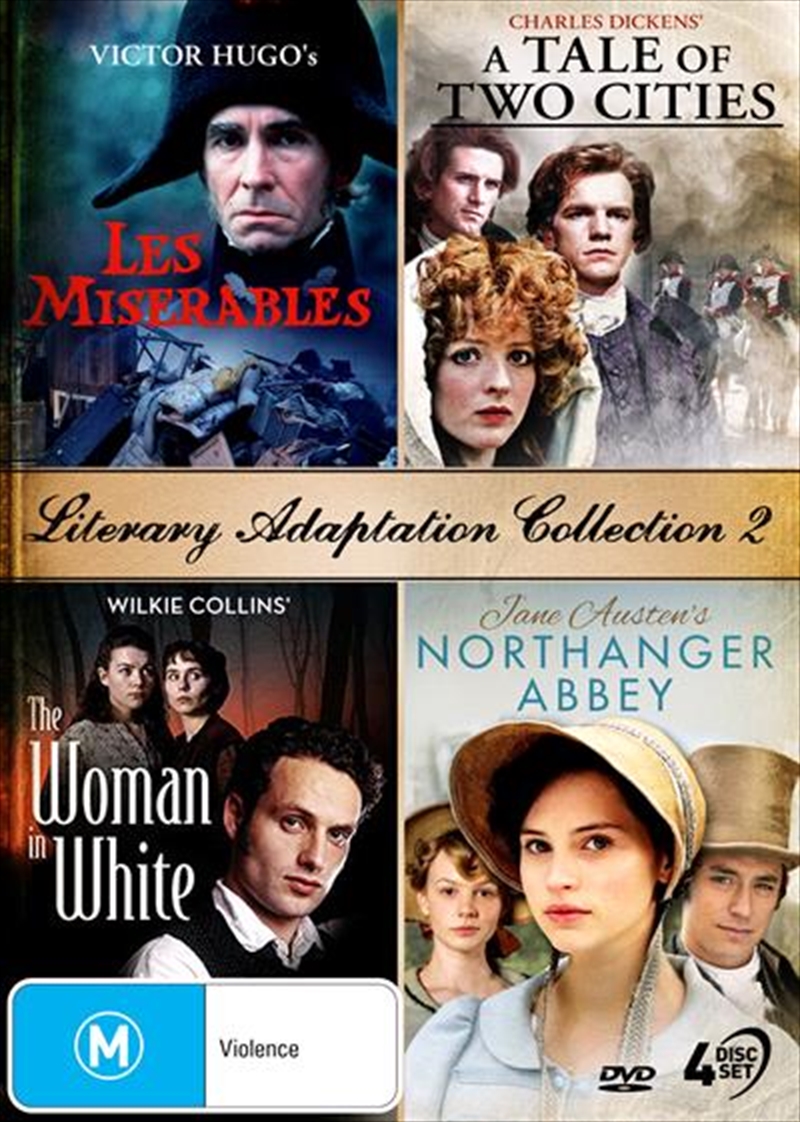 Shipping - See delivery options.
Postcode:
Quantity:
SEE MORE IN:
New Release DVD & Blu-ray New Release Movies Bingeworthy Boxsets
DESCRIPTION
Les Miserables (1978) - Victor Hugo's classic tale of pursuit, uprising and redemption, on which the musical sensation is based, is presented here in a lavishly restored edition. Jean Valjean (Richard Jordan - The Hunt for Red October), a handsome young woodcutter, is cruelly sent to prison for stealing a loaf of bread to feed his starving family. Released from prison many years later, he faces freedom with an urge for revenge until he encounters the benevolent Bishop Myriel, who convinces him to become an honest man and to perform good deeds for others. However, Javert (Anthony Perkins - Psycho), the ice-cold Inspector of Prisoners, relentlessly purses Valjean and is determined to put him back in prison. Les Miserables weaves a tale of courage, daring, escape, and the indomitable human spirit. Filmed in extravagant locations throughout France and elsewhere in Europe, it is truly a masterpiece of production.
A Tale of Two Cities (1989) - Dissolute lawyer, Sydney Carton, falls passionately in love with the beautiful Lucie Manette. But Lucie loves only her husband, Charles Darnay, who has renounced his hated family name of St Everemonde and with it his connection with the corrupt French aristocracy, to live quietly in London. But the year is 1789, and when Paris erupts in flames as the mob storms the Bastille and overthrows the old order forever, there is a debt of honour that Charles must pay. The Bastille has fallen, but Charles must return to Paris to help an old servant. Inevitably, Charles is arrested and sentenced to die for his family's crimes. All seems lost until Sydney Carton appears. His moment has come, and at last he has the chance to redeem himself, to make up for a wasted life of drunkenness and dissipation in one act of supreme self-sacrifice for the woman he loves.
The Woman in White (1997) - A classic tale of mystery, conspiracy and abduction. When young tutor Joseph Hartwright arrives at the Fairlie Estate, he encounters a mysterious 'woman in white wandering in the grounds. Hartwright falls in love with the heiress, Laura, only to discover that she is betrothed to the suspicious Sir Percival Glyde.
Northanger Abbey (2007) - Television adaptation of the novel by Jane Austen. Catherine Moreland (Felicity Jones), a spirited young beauty from the country, enters into the depraved society of Bath with dreams and fantasies sparked by her love.
DETAILS