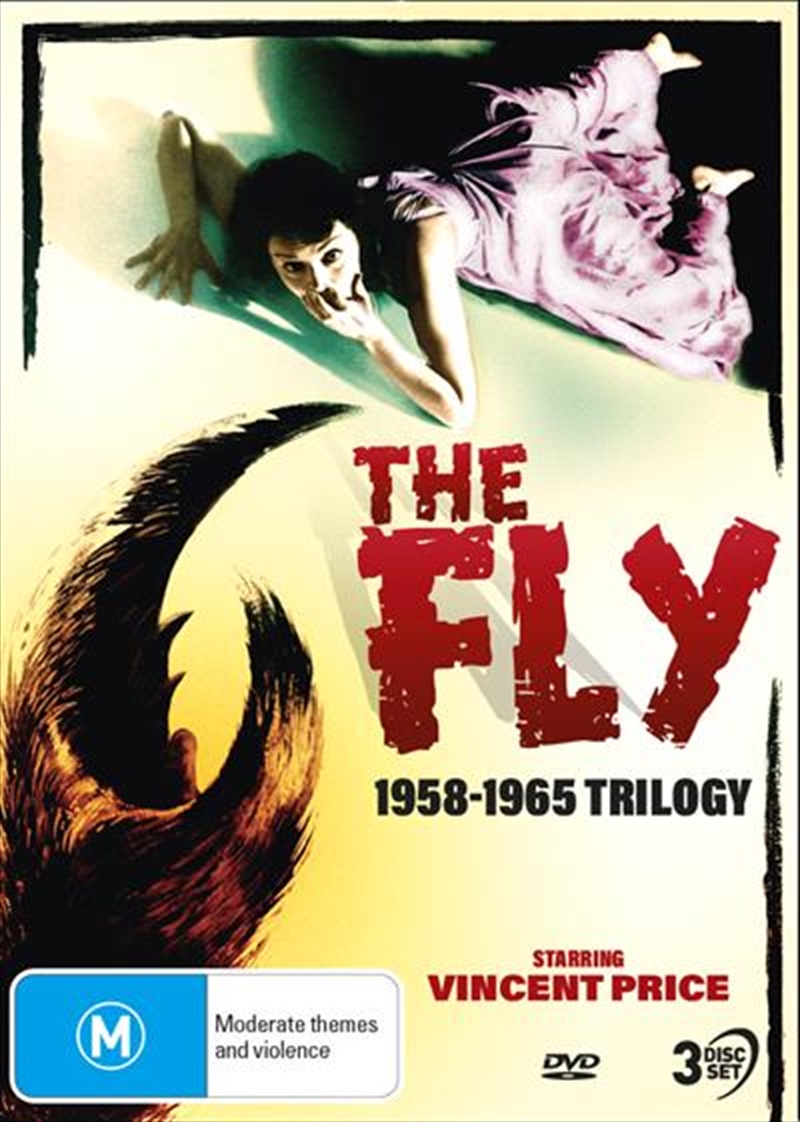 Shipping - See delivery options.
Postcode:
Quantity:
SEE MORE IN:
New Release DVD & Blu-ray New Release Movies
DESCRIPTION
The Fly (1958) When a scientist attempts to transfer matter through space, things go horrifically wrong and two grotesque man-fly hybrids are created. Now, with the head of a fly and a wing in place of one of his arms, the scientist desperately hopes that he, his wife and his brother can capture the other mutant and reverse the experiment.
The Return of the Fly (1959) Despite warnings from his uncle Francois, the young scientist Philippe Delambre is determined to reattempt his late father's teleportation experiments with the help of his assistant Ronald. But Ronald schemes against Philippe and turns him into the same horrifying man-fly creature that his father had become... and with the same disastrous fate! Once again, it is up to Francois to try and make things right.
The Curse of the Fly (1965) After escaping from a mental institution, Patricia Stanley (Carole Gray) is rescued by scientist Martin Delambre (George Baker), the grandson of the doomed teleportation experimenter Andre Delambre. The two fall in love and marry, but Patricia quickly realises her new husband's science experiments are as horrific as his family's past. As she investigates further, Patricia learns the unnerving secrets of the Delambre family and has to find a way to escape them before she becomes the next human-insect hybrid!
DETAILS