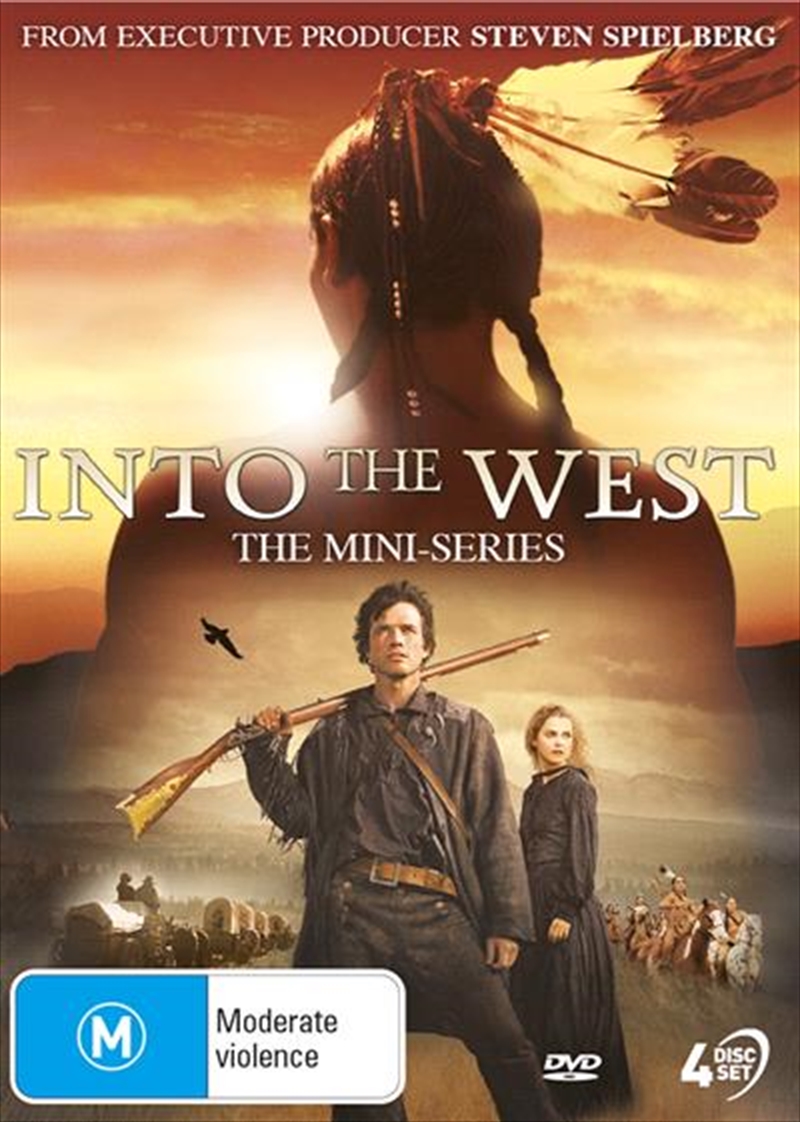 Shipping - See delivery options.
Postcode:
Quantity:
SEE MORE IN:
New Release DVD & Blu-ray New Release Television
DESCRIPTION
The miniseries begins in the 1820s and is told through the third person narration of Jacob Wheeler (Matthew Settle). The plot follows the story of two families one white American one Native American as their lives become mingled through the momentous events of American expansion. The story intertwines real and fictional characters and events spanning a long period of time from 1825 to 1890. Jacob Wheeler leaves his dull life behind to strike out west while Loved By the Buffalo faces his destiny to try to fight a prophecy that his people will be wiped out by the settlers. Jacob marries Loved By the Buffalo's sister Thunder Heart Woman uniting the two families while around them relations between the two races crumble. Into the West is a 2005 miniseries produced by Steven Spielberg and Dreamworks which began as a six week event on June 10 2005 on Turner Network Television TNT. It received 16 Emmy nominations the most of any program in its year including one for Outstanding Miniseries two for Outstanding Cinematography for a Miniseries or Movie and one for Outstanding Casting.
DETAILS