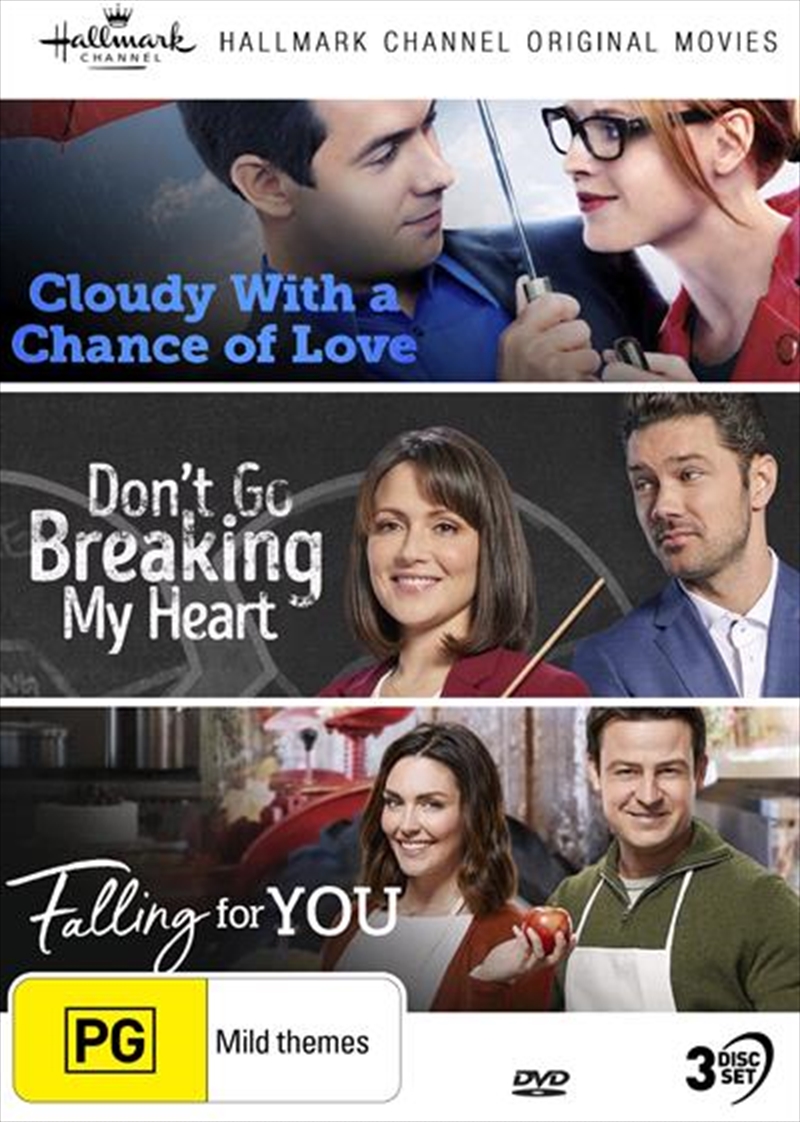 Shipping - See delivery options.
Postcode:
Quantity:
SEE MORE IN:
New Release DVD & Blu-ray Christmas Movies New Release Movies Hallmark Collections Bingeworthy Boxsets
DESCRIPTION
Cloudy With a Chance of Love - Quirky meteorologist Deb spends most of her time finishing the passionate pursuit of her Ph.D. in meteorology. The wind of change starts blowing, however, when a handsome news director recruits her to fill in as an on-air weather personality. While the new job comes with a glamorous makeover that catches the eyes of both viewers and her handsome colleague, it also takes her away from her studies at a critical time. When her TV job, academic commitments and new romance swell into a perfect storm, Deb must decide if her future will be spent studying the sky, or broadcasting over the air.
Don't Go Breaking My Heart - Miranda runs a boot camp for the recently broken hearted. She begins to form a connection with new client Ben who is also a reporter, investigating whether her boot camp is a fad or a phenomenon. Starring Italia Ricci and Ryan Paevey.
Falling For You - While planning a fundraising event, a small New England towns radio station manager meets her match in a visiting businessman who cant seem to see beyond the screen of his laptop computer, until she ropes him into participating in her bachelor bake-off to help save the station. Starring Taylor Cole and Tyler Hynes.
DETAILS

Title: Hallmark - Cloudy With A Chance Of Love / Don't Go Breaking My Heart / Falling For You - Collection