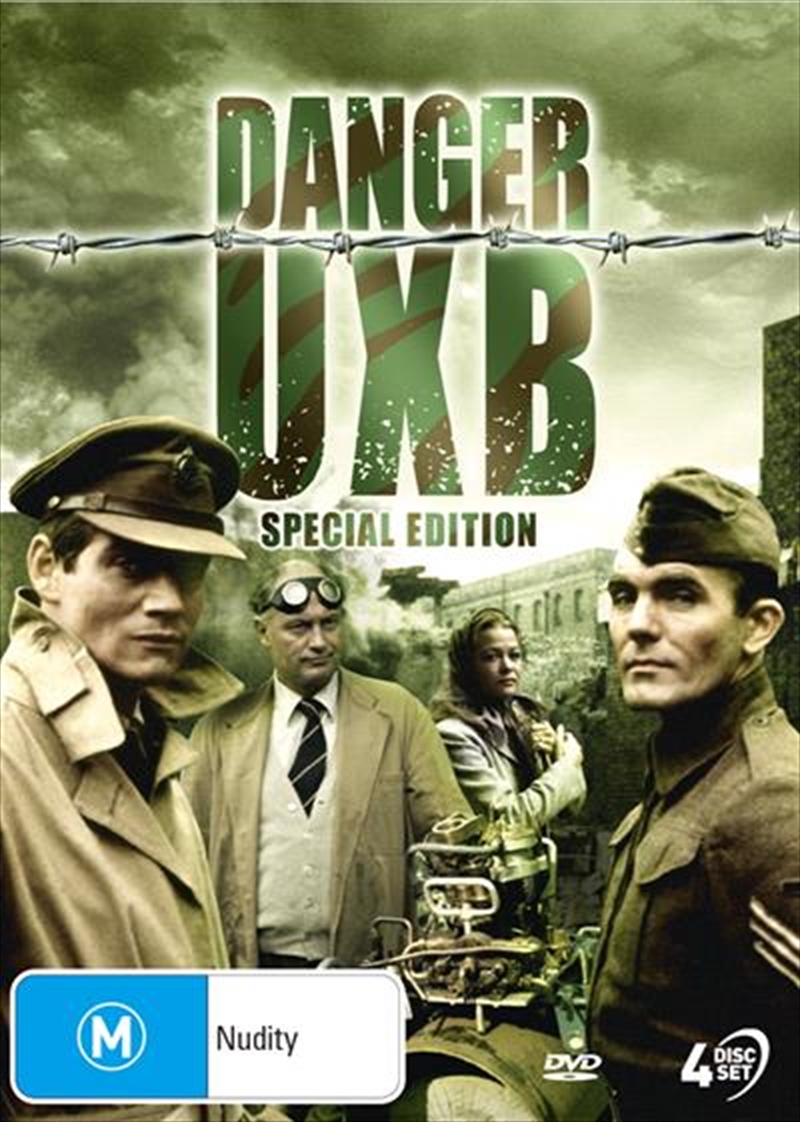 Shipping - See delivery options.
Postcode:
Quantity:
SEE MORE IN:
New Release DVD & Blu-ray New Release Television
DESCRIPTION
When a young Royal Engineer Officer is killed trying to defuse a bomb, he is replaced by raw officer recruit Brian Ash. Ash is shocked to discover that his new unit, the 97th Tunnelling Company, is in fact a hastily formed bomb disposal squad. With the Blitz devastating London every night and making massive demands on Royal Engineers manpower, he is to take command of 347 Section forthwith. Its not long before hes facing the real thing at close range, with his men looking on from a safe distance, making bets as to whether hell go the same way as his predecessor... This highly popular and critically-acclaimed series was created and produced by John Hawkesworth (Upstairs, Downstairs, the Jeremy Brett Sherlock Holmes stories) and starred Anthony Andrews (Brideshead Revisited, Cambridge Spies) in an early role, with Judy Geeson (The Eagle Has Landed, Brannigan), Iain Cuthbertson (Budgie, Doctor Who) and Maurice Roves (Tutti Frutti, Hillsborough). This outstanding series was first broadcast on ITV1 in 1979 and is presented here complete and uncut.
DETAILS