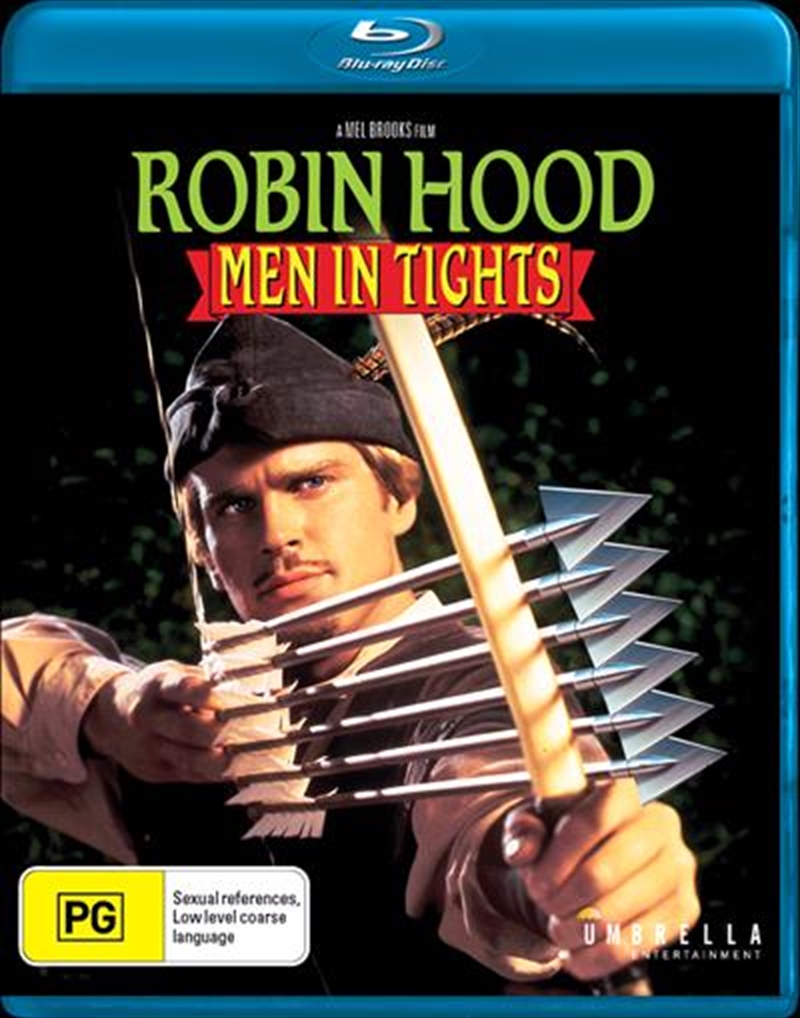 Shipping - See delivery options.
Postcode:
Quantity:
SEE MORE IN:
2 for $40 Movies All 2 for $40
DESCRIPTION
An irreverent spoof of the Robin Hood legend from madcap director Mel Brooks, starring Cary Elwes in the lead role. In days of old, when men were men, men wore tights. And none wore tights mightier than Robin Hood, the 12th Century hero of Sherwood Forest. Aided by his band of merry men, Robin (Cary Elwes) of Loxley wrested power away from the evil Prince John (Richard Lewis), brought humiliation upon the despicable Sheriff of Rottingham (Roger Rees), and found the key to the fair Maid Marian's (Amy Yasbeck) heart as well as her Everlast chastity belt. Mel Brooks brings you the movie event of the year - the year of 1125 - and the 12th Century will never be the same!
TRAILER
DETAILS