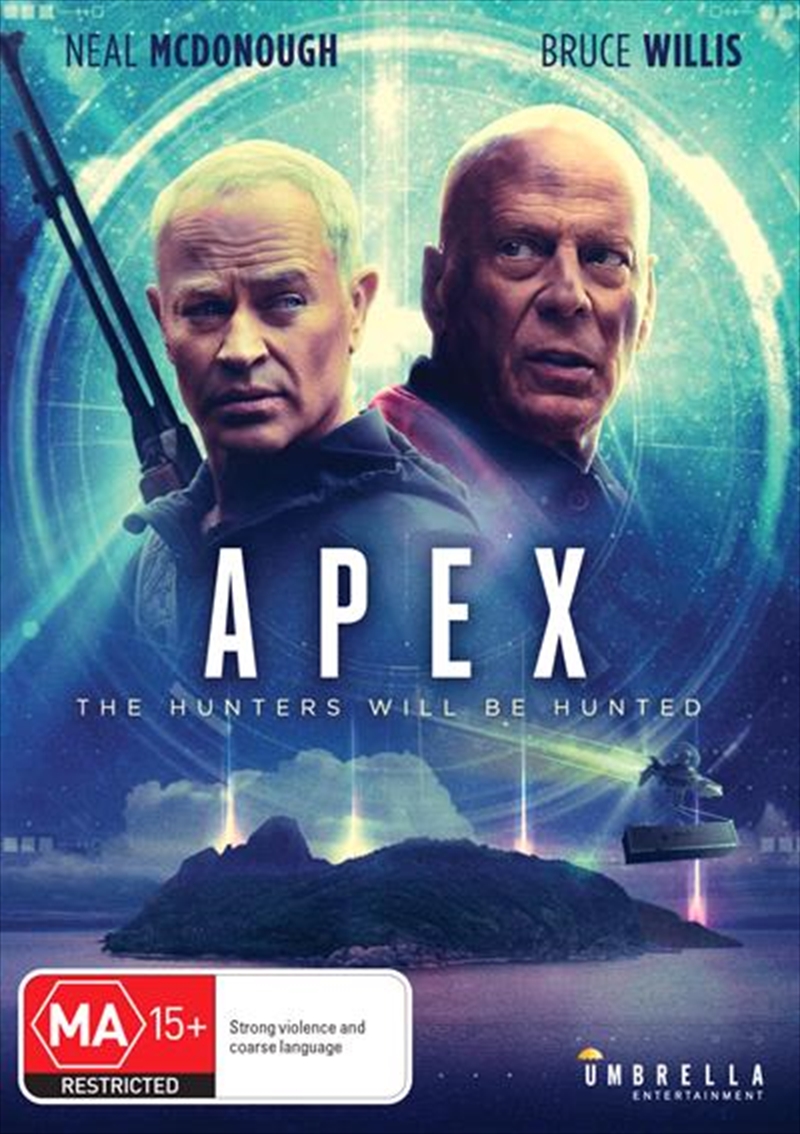 Shipping - See delivery options.
Postcode:
Quantity:
SEE MORE IN:
New Release DVD & Blu-ray New Release Movies 2 for $40 Movies All 2 for $40 Apex
DESCRIPTION
Five elite Hunters pay to hunt a human on a deserted island. But each Hunter begins to fall as the Prey fights back with mind-games, traps, and a determination to survive they have never witnessed before.Serving a life sentence for a crime he didnt commit, ex-cop James Malone (Bruce Willis) is offered a chance at freedom if he can survive a deadly game of Apex. Six hunters pay for the pleasure of hunting another human on a remote island, but once Malone arrives all hell breaks loose as the hunters begin to fight among themselves. Laying traps and playing mid games, Malone allows his enemies to take one another out on his quest to survive and get revenge on Samuel Rainsford (Neal McDonough), the reigning champion of Apex and the man who framed him. As the stoic game master, West (Alexia Fast) refuses to stop the carnage, the elite hunters become the prey.
TRAILER
DETAILS