The Warriors - Come Out to Play Board Game 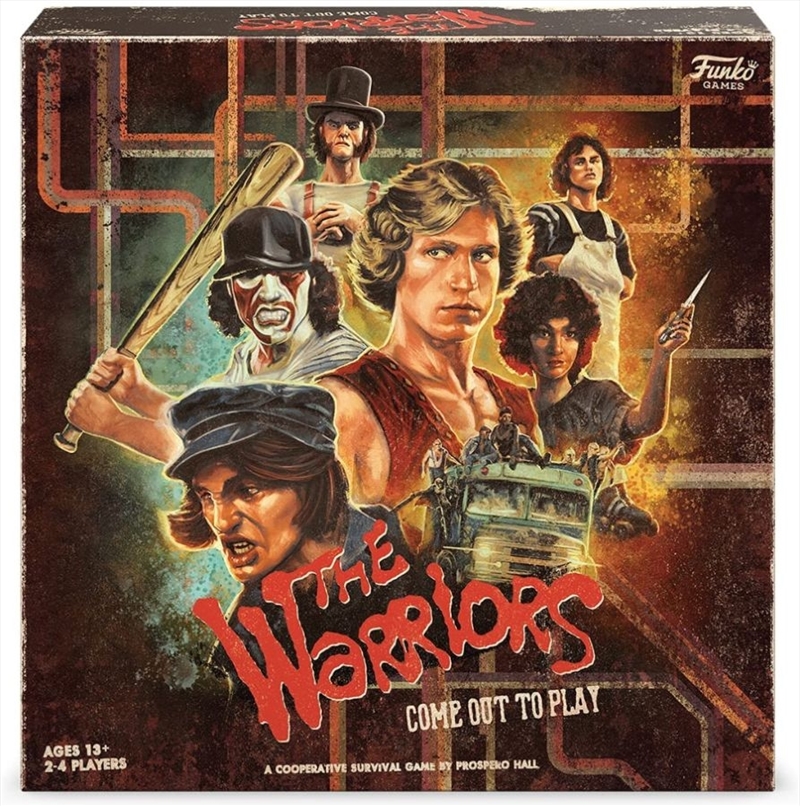 The Warriors - Come Out to Play Board Game

No place to run to, baby. No place to hide! The roughest and toughest gangs of New York have assembled at a midnight summit when Cyrus, leader of the powerful Gramercy Riffs, is murdered! Everyone wrongly thinks you, the Warriors, are to blame, which means every gang in the city is gunning for you as you try to make your way back to your home turf of Coney Island! In this rowdy, cooperative strategy game, you ?ll need to watch each other ?s backs to navigate the dangerous streets and subways of New York, dodge rival gangs, and maintain your rep. Make it back to Coney Island and show the Gramercy Riffs you ?ve been framed to prove the Warriors are not just good but are the best the best! Can you dig it?

Energetic, cooperative gameplay that captures the chaotic, pugnacious action of the beloved film
Includes seven sculpted miniatures of the leaders of the most recognizable gangs
Eight Warriors to choose from, so each player can portray their favorite character
Original illustrations and design inspired by 1970s New York
Cooperative Survival Game by Prospero Hall
Ages 13+
2-4 Players
45-Minute Gameplay

Title: The Warriors - Come Out to Play Board Game