Burning At Both Ends 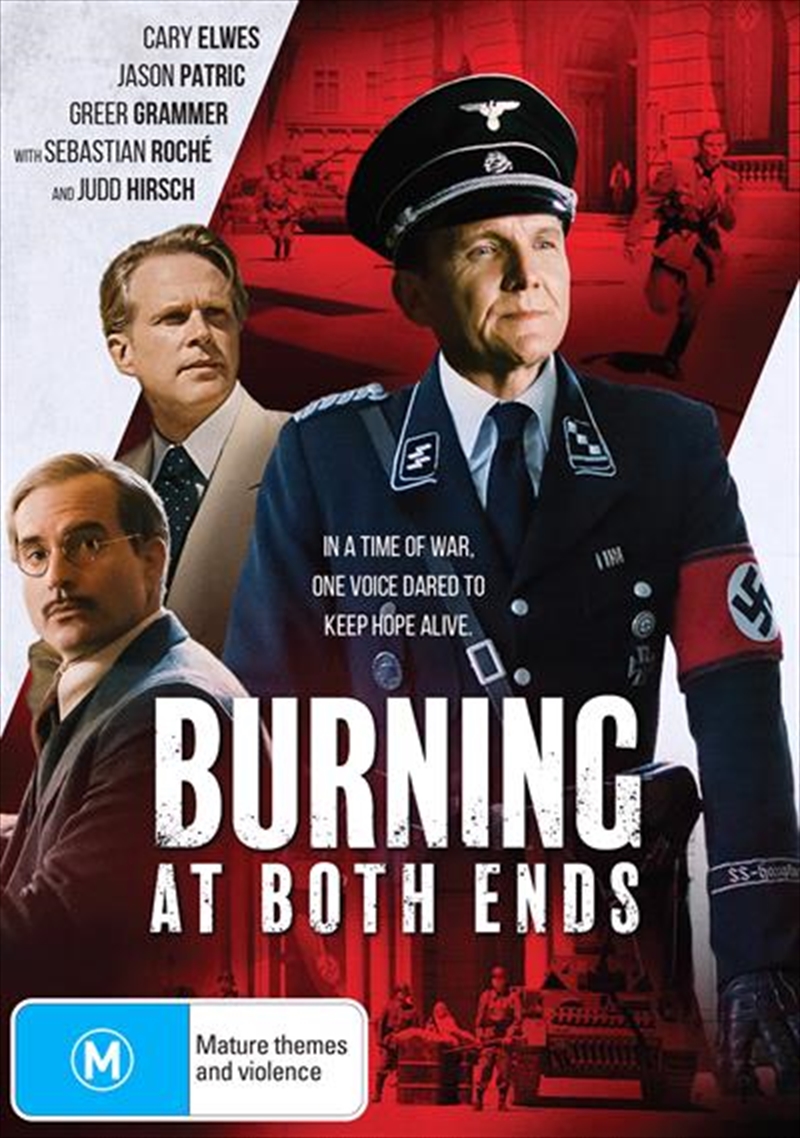 Burning At Both Ends

Shipping - See delivery options.
Postcode:
Quantity:
SEE MORE IN:
New Release DVD & Blu-ray New Release Movies 2 for $40 Movies All 2 for $40
DESCRIPTION
It is 1942. The Allies have been pushed off the continent and France is under Nazi control. Deep within this heinous shadow, a man named Jacques uses a radio to broadcast messages of hope. Unbeknownst to him, the formidable Gestapo Captain Klaus Jager, has been dispatched to put a stop to the illegal broadcasts. As Klaus closes in, Jacques, his daughter and a small group of other dissidents, must risk it all and trust the kindness of a man they do not know in order to survive.
TRAILER
DETAILS

Title: Burning At Both Ends