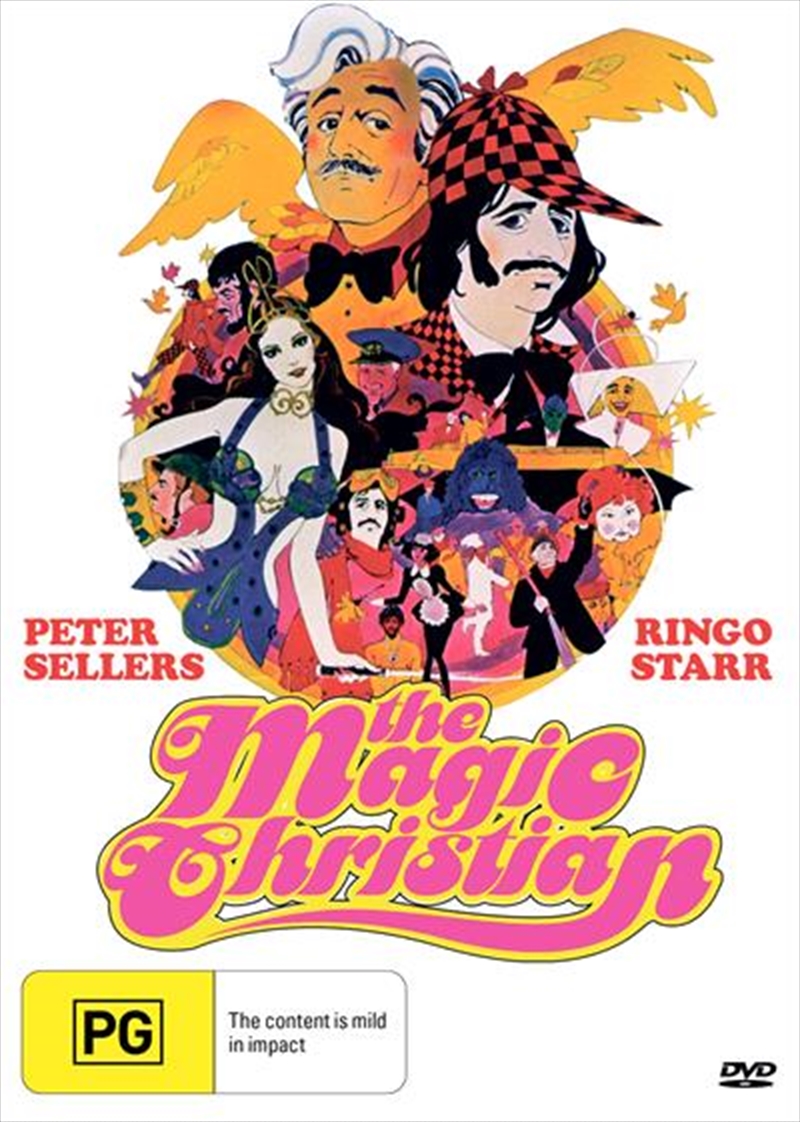 Shipping - See delivery options.
Postcode:
Quantity:
SEE MORE IN:
New Release DVD & Blu-ray New Release Movies
DESCRIPTION
In this adaptation of Terry Southern's offbeat novel, The Magic Christian stars Peter Sellers as the eccentric millionaire Sir Guy Grand, who adopts a down-and-out vagrant he stumbles upon in the park as his son. The pair embark on a series of practical jokes and elaborate stunts designed to expose the wanton greed that exists in everybody -- and prove that everyone has his price.
DETAILS