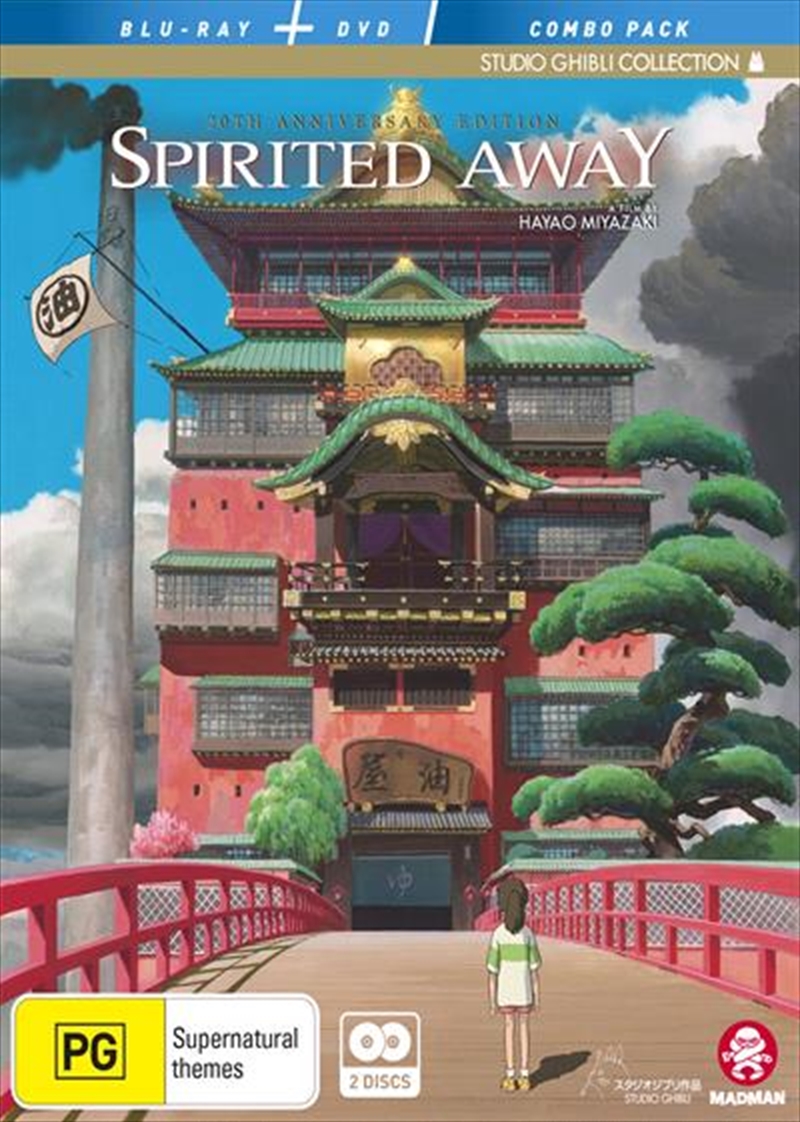 Hayao Miyazakis Academy Award-winning masterpiece returns in celebration of its 20th Anniversary. Chihiro thinks she is on another boring trip with her parents. But when they stop at a village that is not all that it seems, her parents undergo a mysterious transformation, and Chihiro is whisked into a world of fantastic spirits, shape-shifting dragons and a witch who never wants to see her leave. She must call on the courage she never knew she had to free herself and return her family to the outside world. The second biggest box office hit of all time in Japan, Spirited Away helped redefine the possibilities of animation for Western audiences and a generation of new filmmakers. Combining Japanese mythology with Alice in Wonderland-type whimsy, Spirited Away cemented Miyazakis reputation as an icon of animation and storytelling.
TRAILER
DETAILS