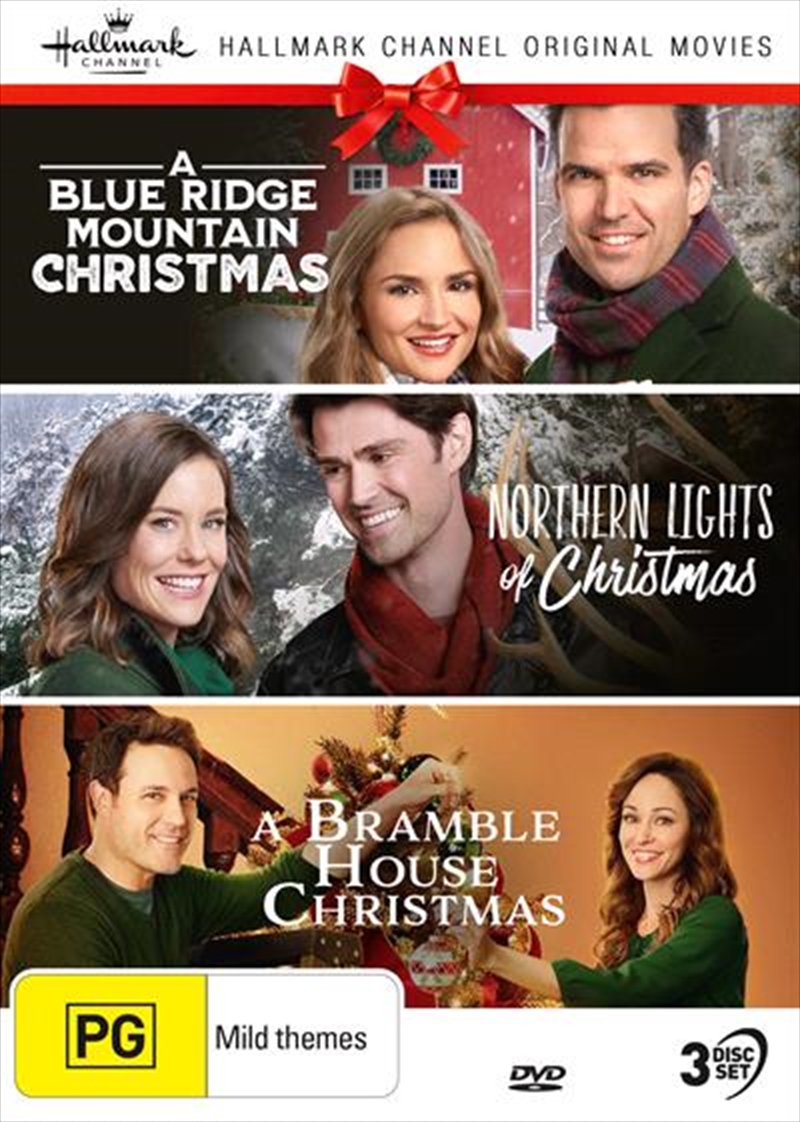 Shipping - See delivery options.
Postcode:
Quantity:
SEE MORE IN:
Christmas Movies New Release Movies Hallmark Collections Bingeworthy Boxsets
DESCRIPTION
A BLUE RIDGE MOUNTAIN CHRISTMAS: Hotel manager Willow returns to her stunning Virginia hometown to help her sister plan a Christmas wedding at the inn her family once owned. She must work with current owner and single dad David, who wants to let go of the past. Starring Rachael Leigh Cook and Benjamin Ayres.
NORTHERN LIGHTS OF CHRISTMAS: When pilot Zoey Hathaway inherits her uncles ranch in Alaska, plans to sell the place and buy her own plane go out the window after she meets the handsome ranch hand, Alec Wynn, along with the places resident reindeer, Holly and Palmer. Starring Ashley Williams and Corey Sevier.
A BRAMBLE HOUSE CHRISTMAS: While settling his fathers estate, Finn Conrad becomes suspicious as to why the man left a nurse $50,000. His dad knew her for less than two months before he died. Just before Christmas, Finn wants what to reclaim what he considers his family's money, going undercover to investigate the bed and breakfast the nurse has recently taken over. When Finn meets Willa, he discovers she's not a conniving gold digger at all, but a woman in need who put the money to good use. When she discovers his true identity, will it keep Willa from ever trusting him again?
DETAILS