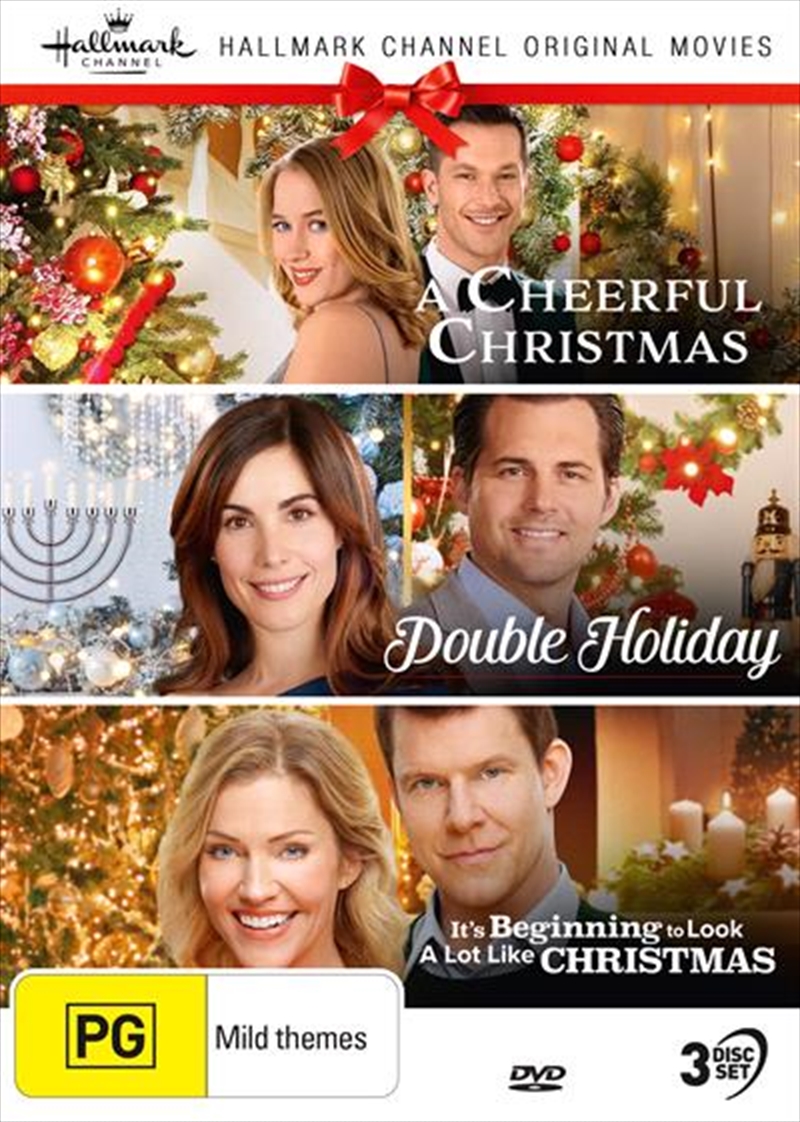 Shipping - See delivery options.
Postcode:
Quantity:
SEE MORE IN:
Christmas Movies New Release Movies Hallmark Collections Bingeworthy Boxsets
DESCRIPTION
A CHEERFUL CHRISTMAS: Lauren and her best friend Colleen think they have landed their dream job giving people the best and most magical Christmas ever as their personal Christmas Coaches. This holiday season promises to be their biggest ever when they land a royal client, the Anderson family, who has moved from England. When Lauren meets James, the eldest son, he wants nothing to do with planning Christmas as he's busy negotiating a big acquisition for his fathers company. But Lauren wont be thwarted in helping this royal family embrace the true spirit of Christmas. The more she prods James about their family holiday traditions the more he opens up. Sparks start to fly but she faces competition in the form of an old childhood friend and business colleague of James. Now Lauren must win his heart while giving the Andersons their best Christmas ever. Starring Erica Deutschman and Chad Connell.
DOUBLE HOLIDAY: Career-minded Rebecca's plans for Hanukkah don't go as expected when a promotion opportunity comes up at work. When the company CEO asks Rebecca and her insufferable office mate, Chris also her main competitor for the promotion to plan the company's Christmas party, she realizes they must overcome their opposing styles in order to succeed. Forced to work together on the party, Chris learns more about Rebecca and embraces her family's Hanukkah traditions, while she also begins to see him in a new light. Although feelings slowly develop between the two, the ongoing competition over the promotion threatens to undermine it all. Starring Carly Pope and Kristoffer Polaha.
IT'S BEGINNING TO LOOK A LOT LIKE CHRISTMAS: As mayors of neighboring New Hampshire towns, longtime rivals Liam and Sarah are determined to best each other on their way to leading their hamlets to victory in the annual statewide Christmas Spirit Competition. When both towns unexpectedly advance to the contests final round, the mayors decide their best hope lies in working with, rather than against, each other. As they collaborate on a celebration showing what Christmas means to their communities, they discover their own holiday miracle: love. Starring Eric Mabius and Tricia Helfer.
DETAILS

Title: Hallmark Christmas - A Cheerful Christmas / Double Holiday / It's Beginning To Look A Lot Like Chris