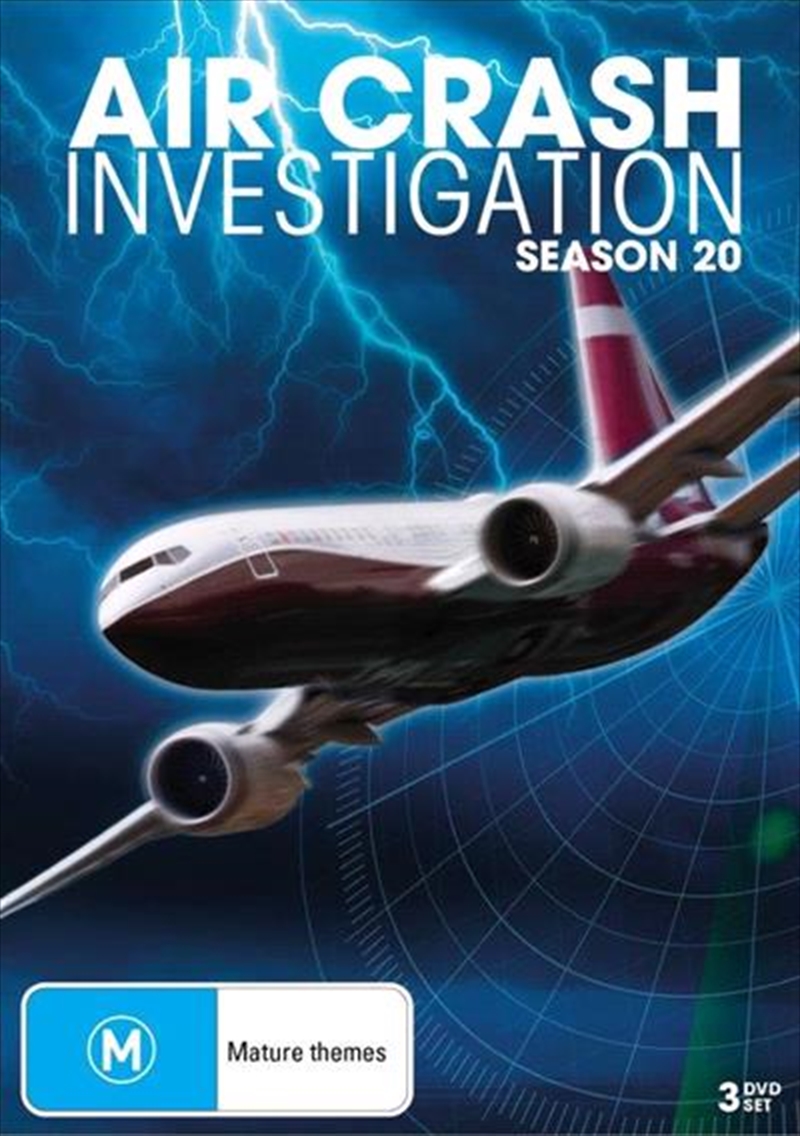 Shipping - See delivery options.
Postcode:
Quantity:
SEE MORE IN:
New Release Movies Air Crash Investigation
DESCRIPTION
Revealing the dark truth that aviation safety improves one crash at a time, Aircrash Investigation Season 20 investigates legendary aviation disasters to find out what went wrong and why. A Pakistani airliner crashes in the Himalayas. And when their most vital piece of evidence fails to deliver, investigators scramble to find answers. A cargo jet plummets to earth in the Swedish Arctic. And as investigators pore over the evidence, a terrifying picture of chaos and confusion emerges. After a routine landing, a Taiwanese commuter plane is rocked by a massive explosion, but investigators find no evidence of a bomb on board. Blanketed by confusion and heavy fog, a DC-9 ends up at the wrong end of an active runway in Detroit, and directly in the path of an oncoming 727.
DETAILS