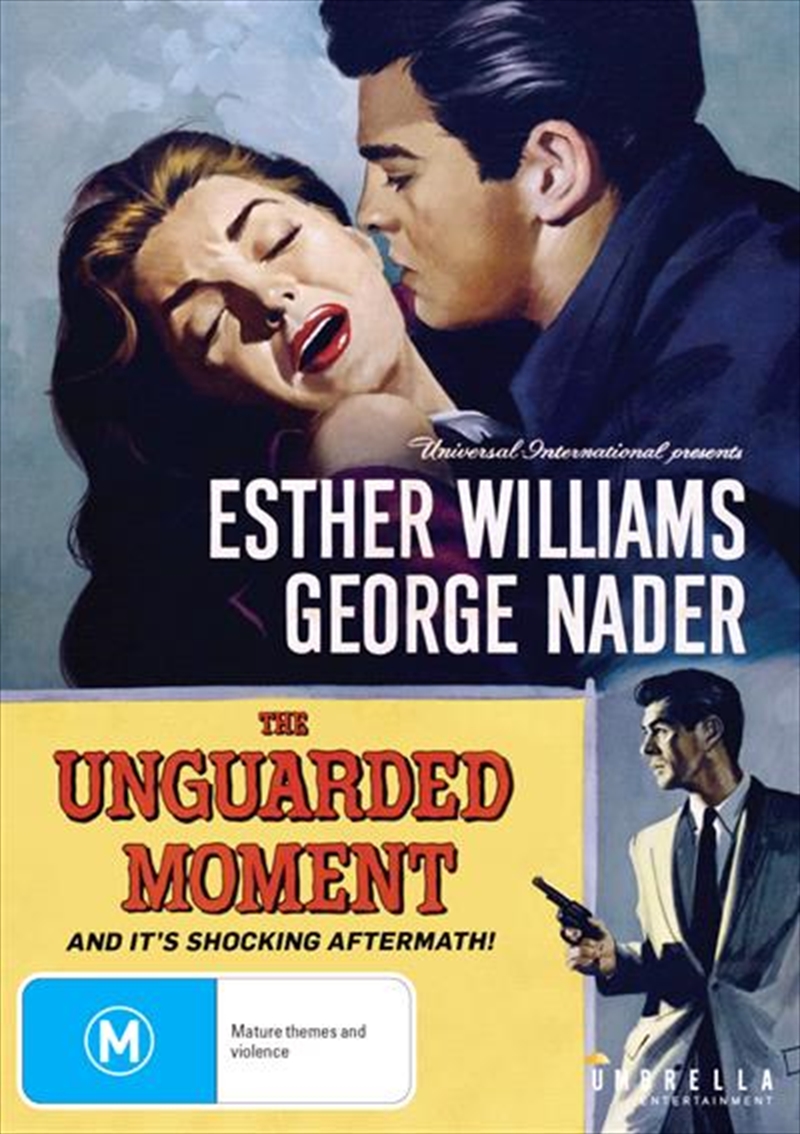 Shipping - See delivery options.
Postcode:
Quantity:
SEE MORE IN:
New Release Movies $10 Movies Everything $10
DESCRIPTION
In a rare dramatic role, Esther Williams (Million Dollar Mermaid) stars as a high school teacher stalked by a peeping tom who might be the same homicidal sex fiend wanted by the police. Based on a story by Rosalind Russell and Larry Marcus, the Unguarded Moment is a moody melodrama that co-stars John Saxon (Portrait in Black) in one of his first major roles and George Nader (The Female Animal) as the investigating detective.
DETAILS