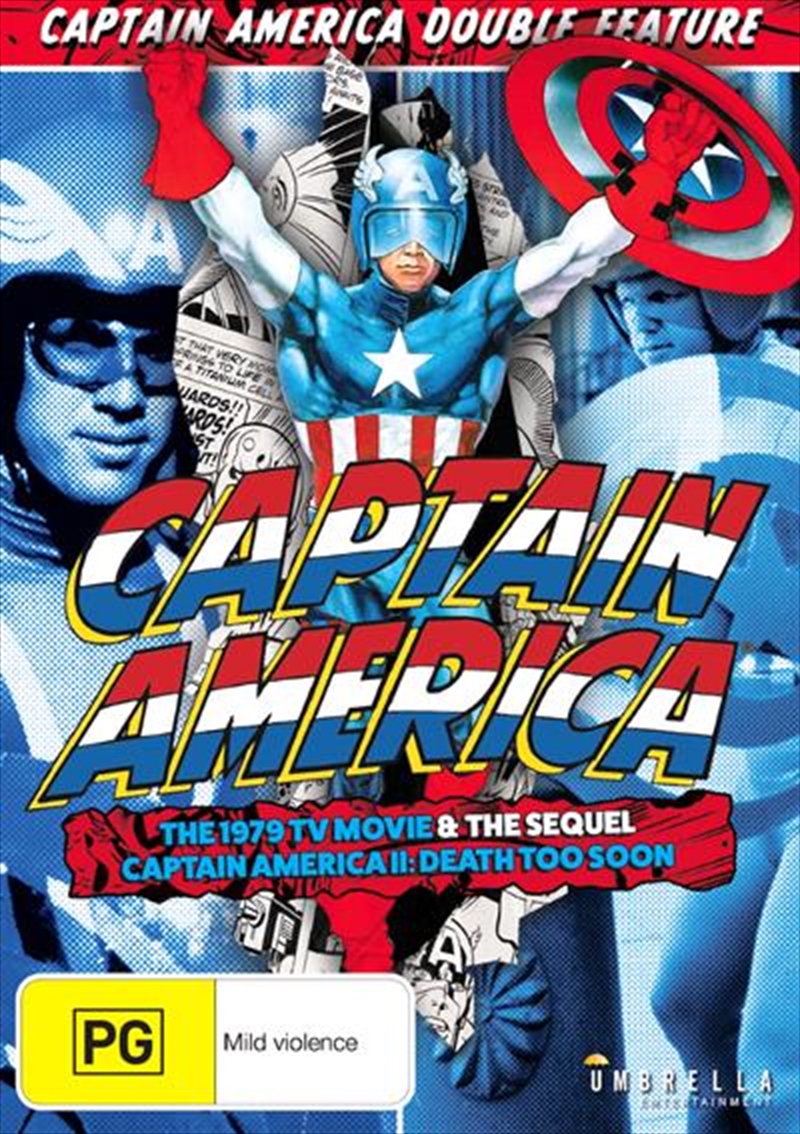 Shipping - See delivery options.
Postcode:
Quantity:
SEE MORE IN:
4 for $50 DVD, Blu-ray & More New Release Movies
DESCRIPTION
CAPTAIN AMERICA: Born from Marvel Comics' creative team of Jack Kirby and Joe Simon in 1940, Captain America is the red, white and blue super hero who has stood the test of time, backed by over 200 million comic book sales. This exciting incarnation of the star-spangled crime fighter, brought to the screen in 1979 for TV is a cult origins tale about Steve Rogers (Reb Brown, YOR The Hunter From The Future), a brave motor-cross rider saved by scientists who inject him with a newly developed serum. Developed by his late father, the FLAG (Full Latent Ability Gain) super serum enhances Rogers' senses, reflexes and gives him superior strength to rise to any challenge and battle the forces of evil. Retro-fitting his own van and incorporating a modified motorcycle with a rocket thrust, jet boost and optional hang-glider, Captain America is entrusted by a government agency to suit up and wield his mighty shield against the many enemies that threaten the free world.
DETAILS