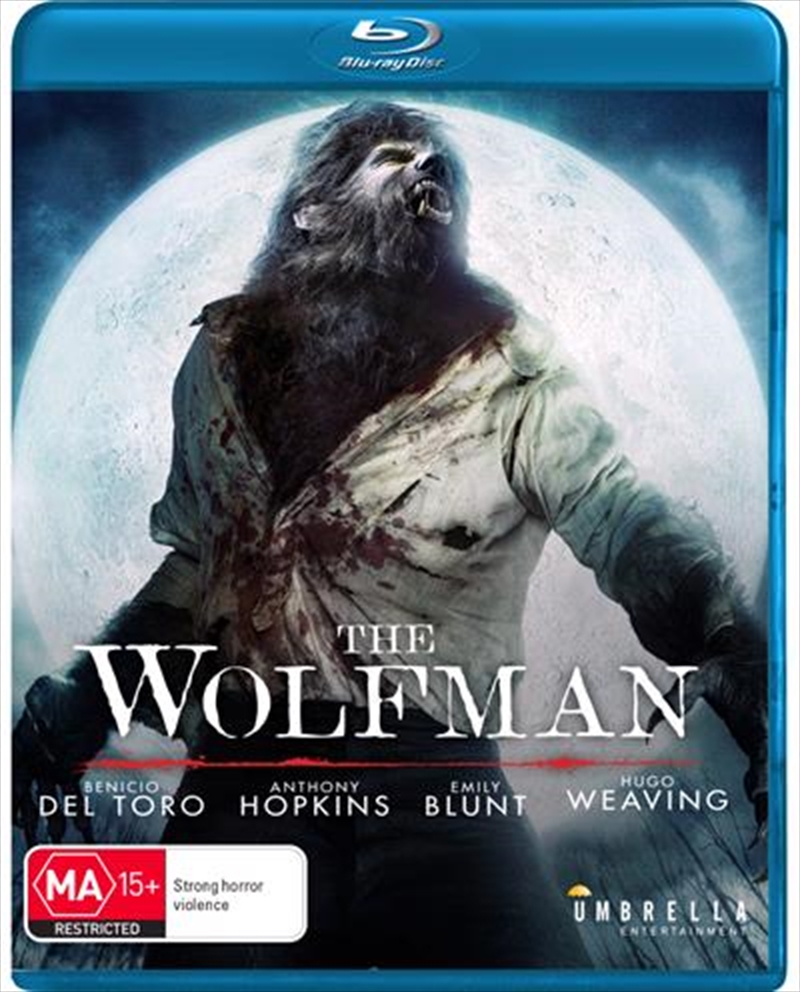 In The Wolfman, a film inspired by Universal's timeless horror classic, Oscar winner Benicio Del Toro plays Lawrence Talbot, a troubled aristocrat returning to his family's estate after a plea from Gwen Conliffe (Emily Blunt), the fiance of his missing brother. Reunited with the father (Oscar winner Sir Anthony Hopkins) he barely knows him, Talbot goes in search of his brother. That's how he finds out that a bloodthirsty creature is wreaking havoc on the village. Also the suspicious Aberline (Hugo Weaving), an inspector of Scotland Yard, is investigating the matter closely. What Talbot discovered during his hunt for the monstrous creature, is his own gruesome destiny.
TRAILER
DETAILS