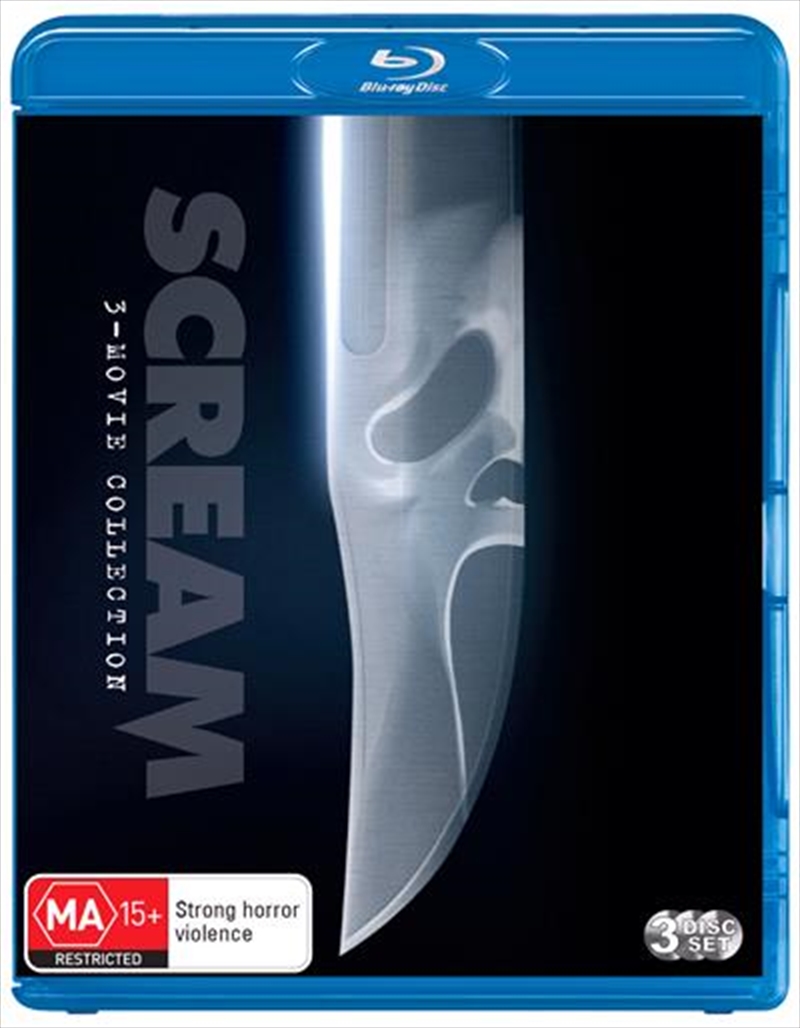 SCREAM: A teenage girl (Neve Campbell) becomes the target of a killer who has stalked and killed one of her classmates. A tabloid news reporter (Courtney Cox) is determined to uncover the truth, insisting that the man who raped and killed Campbell's mother one year earlier is the same man who is terrorising her now. Campbell's boyfriend (Skeet Ulrich) becomes the prime suspect.

SCREAM 2: Away at college, Sidney thought she'd finally put the shocking murders that shattered her life behind her...until a copycat killer begins acting out a real-life sequel. Now, as history repeats itself, ambitious reporter Gale Weathers, Deputy Dewey (David Arquette) and other Scream survivors find themes trapped in a terrifyingly clever plotline where no one is safe--or beyond.

SCREAM 3: While Sidney lives in safely guarded seclusion, bodies begin dropping around the Hollywood set of Stab 3, the latest movie based on the gruesome Woodsboro killings. The escalating terror finally brings Sidney out of hiding, drawing her and the other survivors once again into an insidious game of horror.