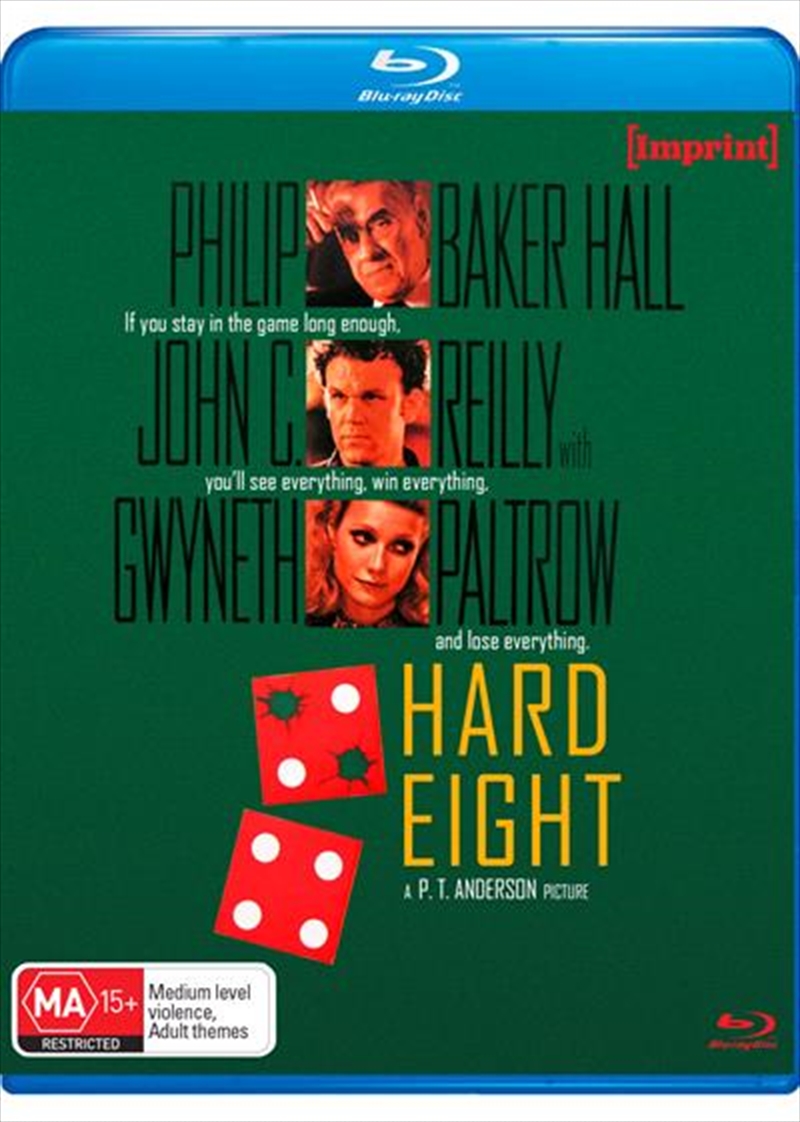 Shipping - See delivery options.
Postcode:
Quantity:
When good luck is a long shot, you have to hedge your bets.

Before his commercial breakthrough with Boogie Nights (1997), writer/director Paul Thomas Anderson made this low-key drama. John (John C. Reilly), a half-bright loser stranded in Reno, is down to his last few bucks when Sydney (Phillip Baker Hall), taking pity on him, buys him breakfast and offers him a few tips on making money in the casinos. Two years later, John has become Sydney's partner, but his lack of common sense goes from problematic to dangerous when he falls in love with Clementine (Gwyneth Paltrow), a cocktail waitress who isn't above turning a few tricks when she needs to make money -- and isn't any brighter than John. Hall and Reilly, both first-rate character actors, are cast in rare leading roles, and Paltrow is cast strongly against type as a part-time prostitute with a serious lack of street smarts.