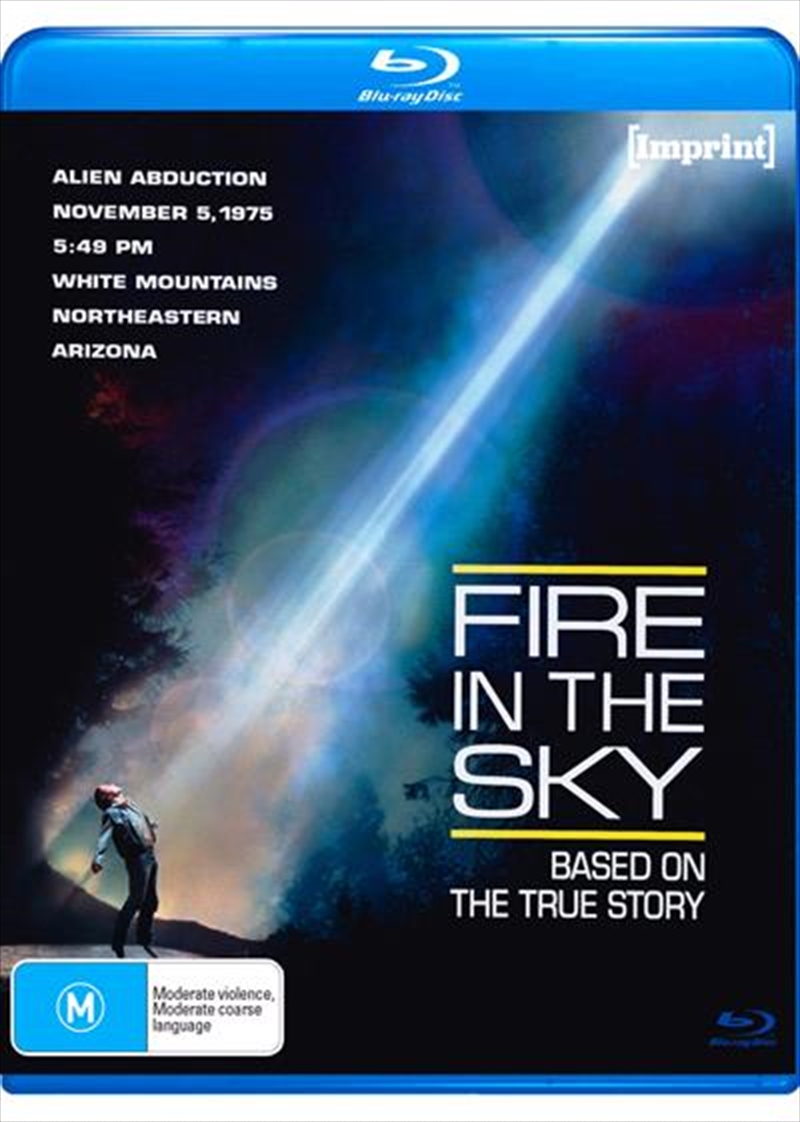 Six men say it. One man became a prisoner inside it. But who would believe them. In 1975, logger Travis Walton (D.B. Sweeney) and his co-workers discovered a hovering UFO. Waltons pals fled, but Walton was not so fortunate. Whisked aboard the strange aircraft, he was subjected to a painful, unearthly medical study. Fire in the Sky is the amazing tale of that ordeal... and of the contempt and ridicule endured by the co-workers as they try to explain Walton's mysterious disappearance.
TRAILER
DETAILS