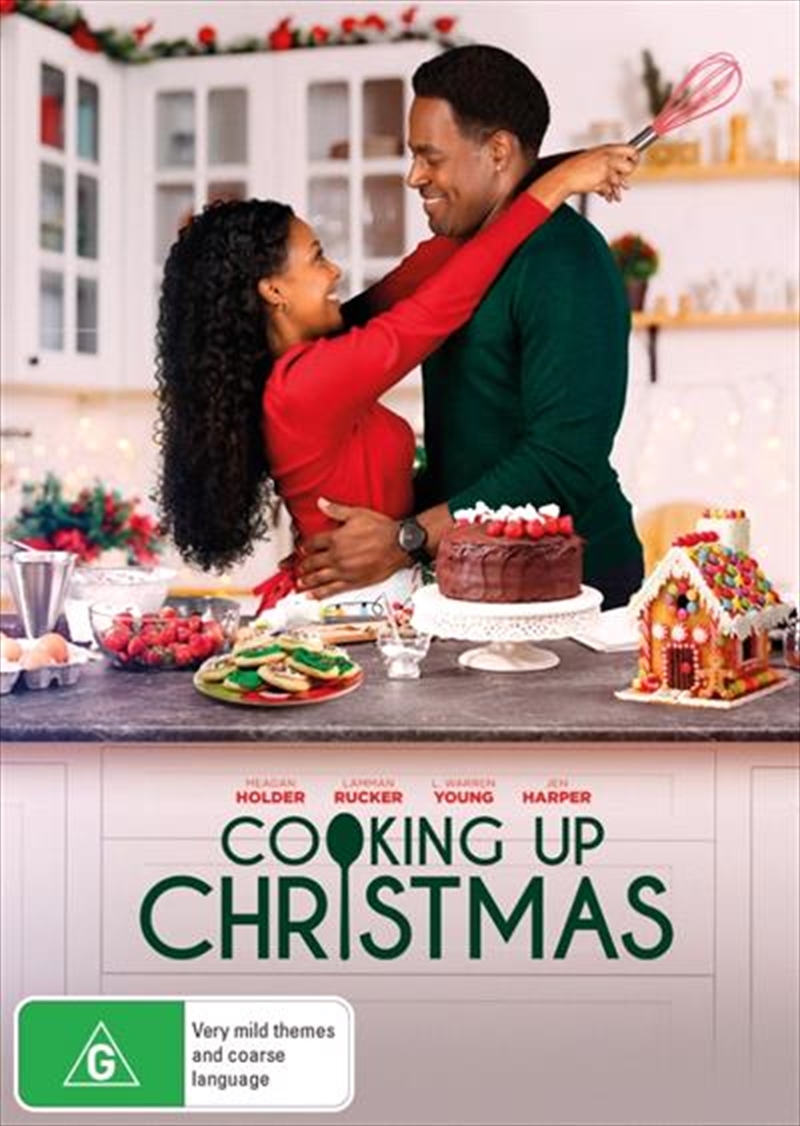 Shipping - See delivery options.
Postcode:
Quantity:
SEE MORE IN:
3 for $30 Movies & More Christmas Movies
DESCRIPTION
When talented chef Chloe (Meagan Holder) is fired from a prestigious restaurant just weeks before Christmas, she accepts an offer to be a private chef for handsome professional baseball player and single dad, Donovan (Lamman Rucker). Donovan needs help preparing for his mother Doloress (Jen Harper) upcoming visit for the holidays so he can focus on training with his pitching coach, Uncle Buck (L. Warren Young). Being a professional athlete, Donovan is extremely regimented about his diet and runs his household like a drill sergeant, often ignoring his kids dreams and difficulties with the holidays since their mothers death around Christmas several years ago. As Donovan attempts to make Chloes job as his private chef difficult, she continuously rises to the occasion while also connecting with his kids in a way hes been unable to. Donovan and Chloe eventually see eye-to-eye, and sparks fly between them. But when a video of Donovan and Chloe flirting goes viral, Dolores comes to town early bringing Donovans ex-girlfriend, Shavonne (Marquita Goings), along with her as a surprise to keep her son focused on baseball and away from the help. Will Doloress drama unravel all of Chloes progress with Donovan and his family before Christmas?
DETAILS