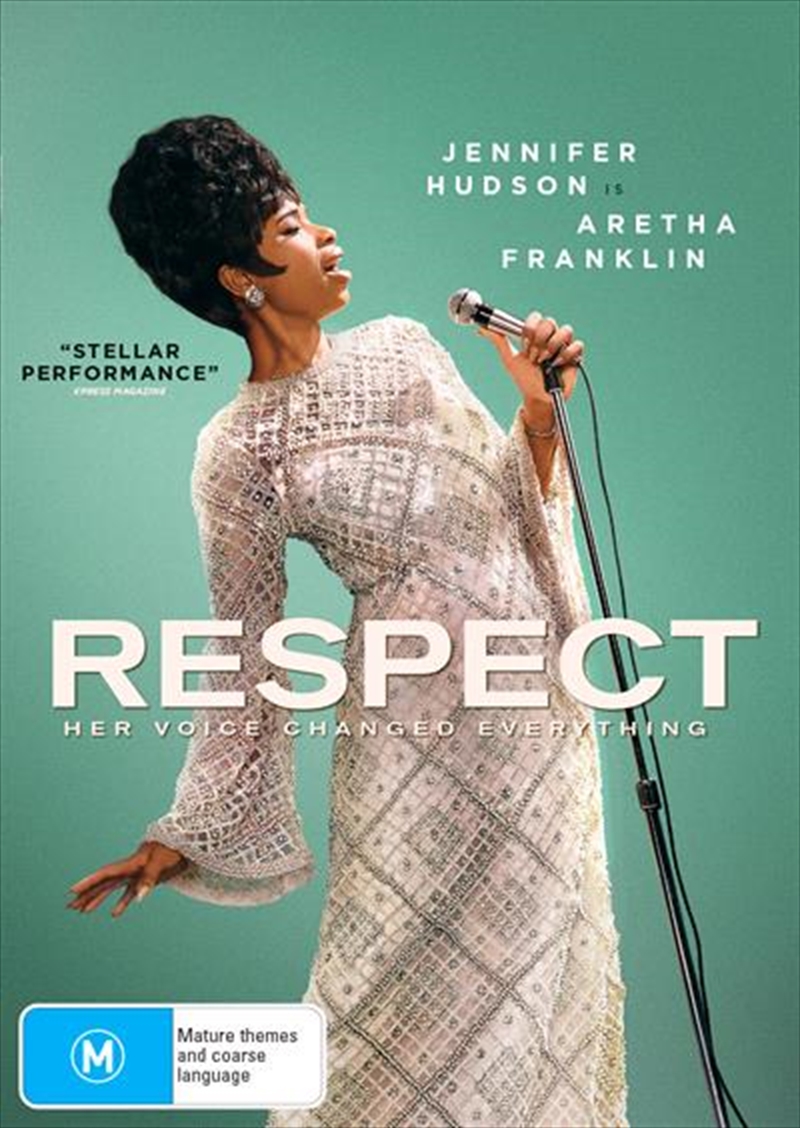 Respect is the remarkable true story of Aretha Franklin's journey to find her voice in the midst of the turbulent social and political landscape of 1960s America. Ms. Franklin landed over 100 singles in the Billboard charts, including 17 Top 10 pop singles and 20 No. 1 R&B hits, winning 18 Grammy Awards and was the first female to be inducted into the Rock and Roll Hall of Fame. Franklin's reinvention of Otis Redding's "Respect" as a feminist anthem transformed her into an icon of the civil rights and women's movements. Her cultural impact was felt throughout her career, from her singing at Dr. Martin Luther King's memorial service to performing at three presidential inaugurations. In addition to "Respect,"her countless hits including "(You Make Me Feel Like) A Natural Woman," "Do Right Woman - Do Right Man," and "Think" were beloved around the world and will be featured in the motion picture.
TRAILER
DETAILS