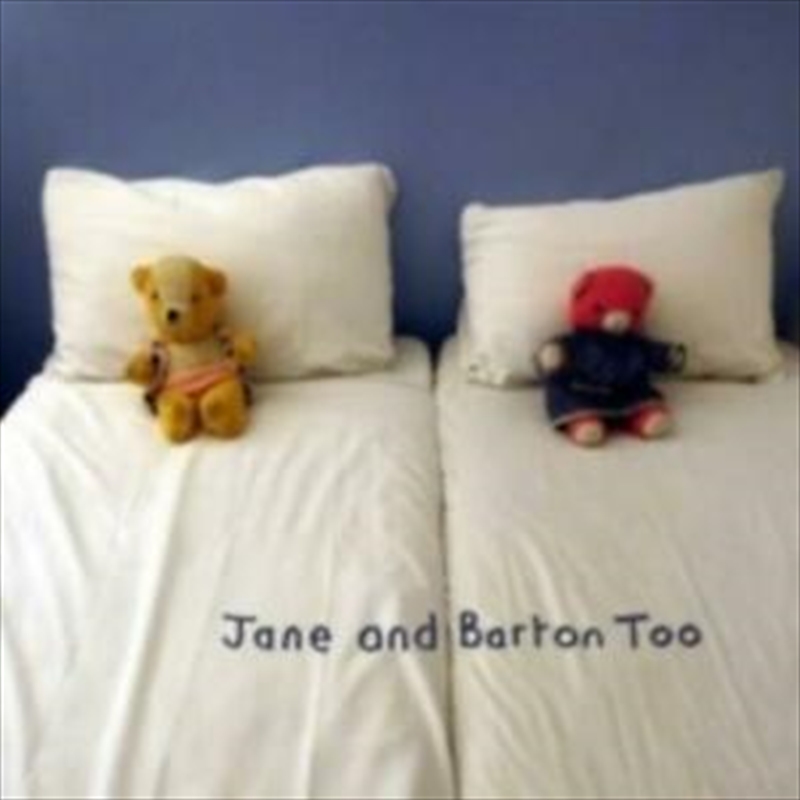 Jane And Barton Too CD

Re-united for the first time in far too long, Jane and Barton present a beautifully crafted new studio album.

Driven by Jane’s instantly recognisable voice, untouched by time, and Edward Barton’s unique brand of kitchen sink song-writing, ‘Too’ follows on aesthetically where 1983’s self-titled debut left off, bringing that same sense of delicacy and subtlety into the 2020s, and subjecting it to suitably off-brand contemporary production values.

Moving and amusing in equal measure, ‘Too’ will be promoted by two advance focus tracks, ‘Shushy Time’ and ‘Hey! It’s The Twenty Twenties’, and will be promoted across all of our digital and physical media channels.

“When I think, Ed Barton is what I think with.” - Vic Reeves

“I know I say everyone's a genius - but Edward Barton really is.” - Jools Holland

You've heard Edward Barton's songs before. He's had seven chart hits with Kylie Minogue (‘Confide in Me’), Norman Cook (Happiness’), Opus III (‘It's a Fine Day’), Orbital (‘Halcyon’) and Lost Witness, directed the music video for James' ‘Sit Down’, played guitar with Tears For Fears and has been a guest on BBC Radios 1, 2, 3, 4 and 6. Some would describe Edward as eccentric, but his songwriting is extraordinarily human. And he's funny. Even if you don't like him, there's no-one like him…

3. Hey! Its The Twenty Twenties

8. Once Around The Lake

9. Walking Back From Town