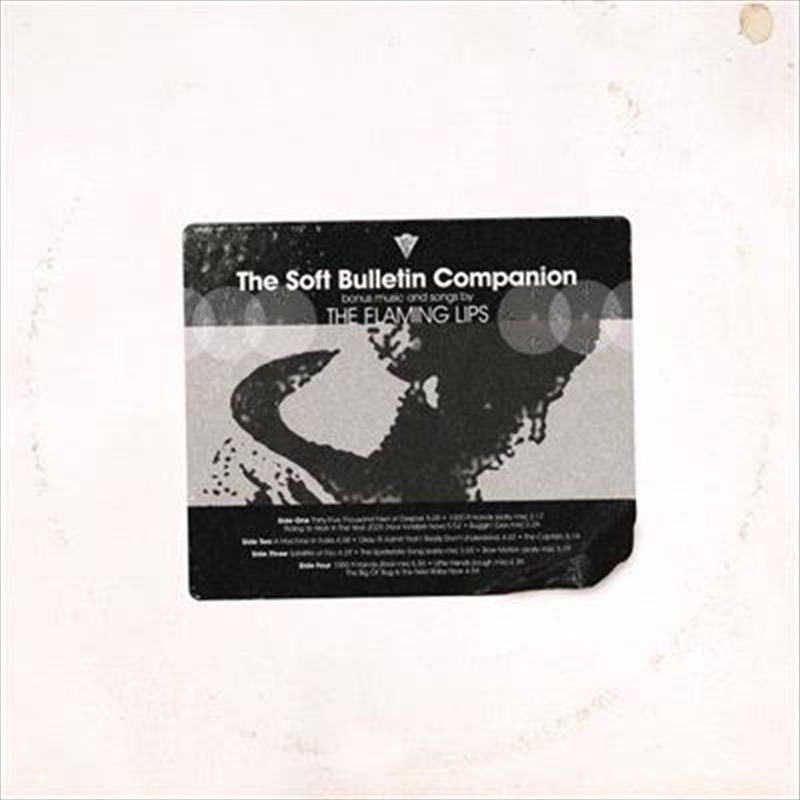 The Soft Bulletin Companion is a famous promo featuring outtakes, alternate mixes, and radio sessions from the era. It is widely circulated among the fan community.

Following the success of The Flaming Lips breakthrough album The Soft Bulletin in 1999, there was a demand for outtakes and other related non-album tracks by fans of the band at radio and in the media. To satisfy this demand Scott Booker, the band’s long-time manager, compiled a playlist and burned home-made CDs of rare and interesting tracks which were selectively distributed by Scott and Warner Records.

The 13-track compilation featured outtakes from The Soft Bulletin, including unreleased songs, single b-sides from around the world, alternate mixes and a cover version. It also notably included stereo versions of tracks from Zaireeka – the legendary 4-CD album preceding The Soft Bulletin that required 4 separate audio systems for playback so the consumer could experience the full album.