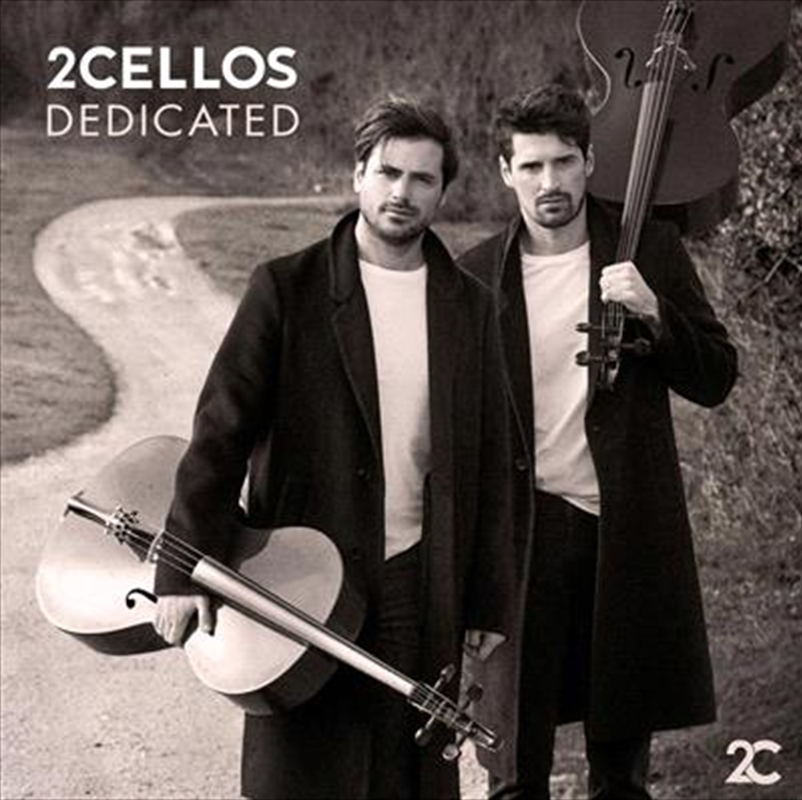 In the ten years since their self-uploaded version of Michael Jackson’s “Smooth Criminal” went viral on YouTube and introduced them to the world, Croatian cellists Luka Šulic and HAUSER, together known as 2CELLOS, have released five chart-topping studio albums, amassed more than 2.5 billion audio and video streams, have engaged more than 20M subscribers/followers across their socials, and performed in front of more than 15M fans around the world at such historic venues as New York City’s Madison Square Garden, London’s Royal Albert Hall, Tokyo’s Budokan, Paris Olympia, the Sydney Opera House and even Buckingham Palace.

Now, 2CELLOS invite their fans to celebrate their milestone tenth anniversary with them on the new album DEDICATED.

“We’re celebrating a decade of dedication to our projects, our music, and our fans,” says Šulic. “Over the years, we grew up as 2CELLOS and individually as men. This has given us a new perspective on music and life. During this time, we experienced so many things most people never get to experience in terms of traveling and concerts. We’ve learned how the business works from the best of them. Now, the future comes so much easier because of everything we’ve been through together.”

Led by the first single, a cover of Bon Jovi’s anthem “Livin’ On a Prayer” (which itself marks a momentous anniversary this year, its thirty-fifth), DEDICATED showcases 2CELLOS’ unique playing style on ten new arrangements that reinvent the music of multiple genres including recent pop/rock hits by One Republic (“Wherever I Go”), Ed Sheeran/Justin Bieber (“I Don’t Care”), Billie Eilish (“bad guy”) and Imagine Dragons (“Demons”), stirring ballads originally performed by Lady Gaga (“Shallow”), Beyoncé (“Halo”) and Simon and Garfunkel (“The Sound of Silence”), and iconic tracks by rock royalty Guns N’ Roses’ (“Sweet Child O’ Mine”) and Aerosmith (“Cryin’”).

“When you listen to us, we hope you realize the cello is a versatile and diverse instrument capable of playing the hardest rock, the softest ballad, and the most contemporary of music,” HAUSER adds. “It moves you in a way that’s equally powerful. It has a whole palette of emotions.”

1.  Wherever I Go (OneRepublic)