Summer Of Sorcery Live At The 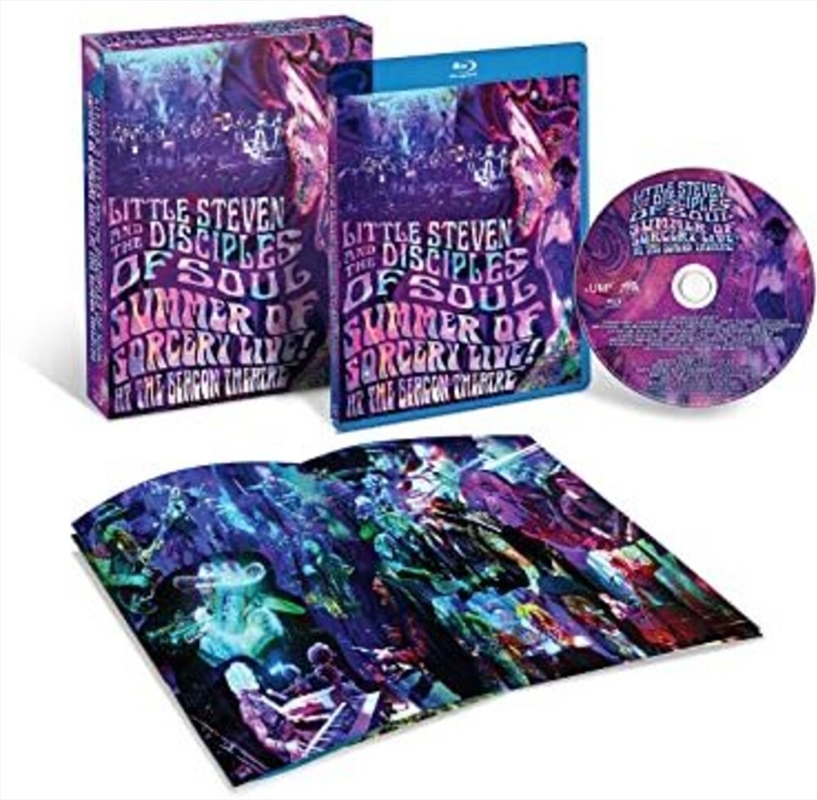 Little Steven & The Disciples Of Soul have announced the release of a new live album, Summer Of Sorcery Live! At The Beacon Theatre on July 9 through Wicked Cool Records/UMe. It will be available on on blu-ray video with 5.1 surround, 3CD and as a limited edition 5LP vinyl box set

Professionally filmed and recorded before a sold-out crowd at New York City’s historic Beacon Theatre on November 6, 2019, the live concert extravaganza, Summer Of Sorcery Live! At The Beacon Theatre, expertly captures Little Steven, aka Rock and Roll Hall of Famer Stevie Van Zandt, bringing the house down with his band the Disciples of Soul as they showcase their acclaimed 2019 album, Summer Of Sorcery: a 12-track record about the first rush of summer and the electric feeling of unlimited possibilities.

Arranged and produced by Van Zandt, with production assistance by Grammy Award-winner Geoff Sanoff. Summer of Sorcery Live! At The Beacon Theatre kicks off with a very special introduction from counterculture icon Wavy Gravy and from there traverses across Little Steven’s genre-smashing body of work, from Summer of Sorcery and 2017’s acclaimed solo return, Soulfire through classic songs and fan favorites from the songwriter, guitarist and band leader’s illustrious career, including an incendiary three-song salvo celebrating his work with Southside Johnny and the Asbury Jukes (“Little Girl So Fine,” “Trapped Again,” and “Love On The Wrong Side Of Town”). Further highlights include spectacular covers of The Youngbloods’ “On Sir Francis Drake,” The Dovells’ “Bristol Stomp,” The Animals’ “Club-A-Go-Go,” and Bruce Springsteen’s “Tucson Train.”

Title: Summer Of Sorcery Live At The