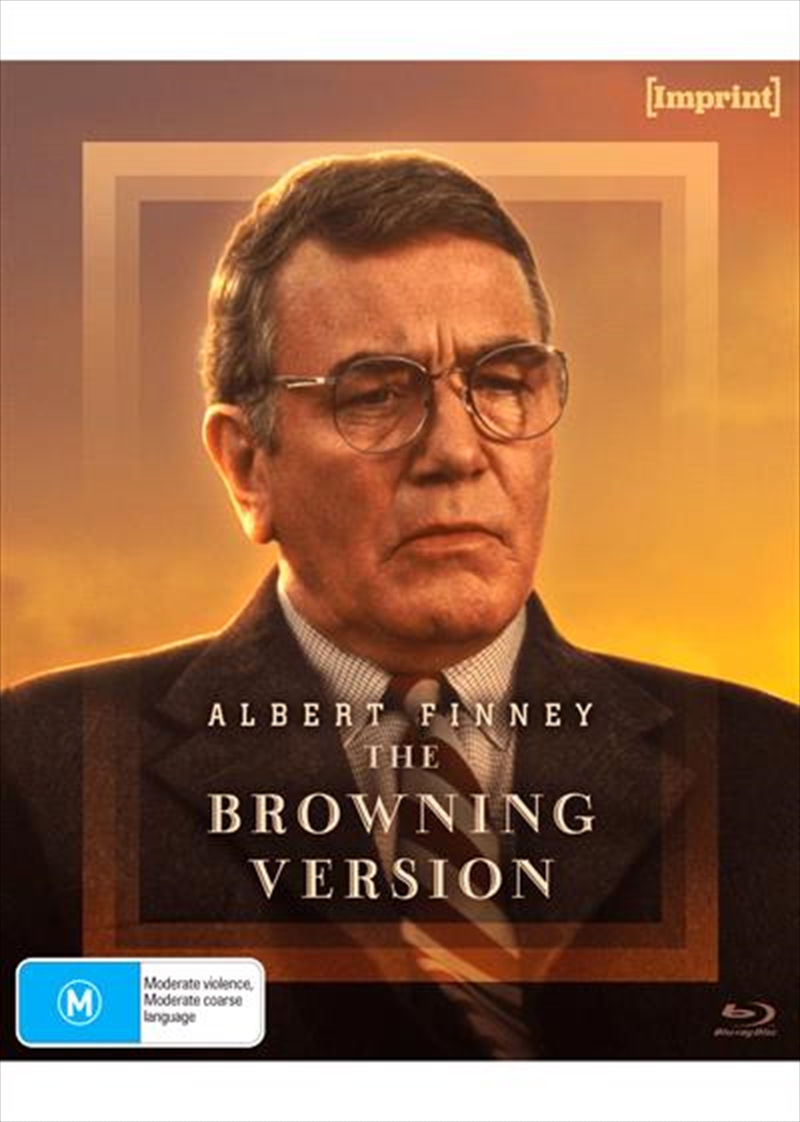 Shipping - See delivery options.
Postcode:
Quantity:
DESCRIPTION
How could he look on and say nothing....it was his Wife! He's out of touch with a changing world, a faithless wife and a thankless career. But one small act of kindness may restore his faith

Terence Rattigan's powerful play The Browning Version about an unpopular schoolmaster who snatches a last shred of dignity from the collapse of his career and his marriage was critically applauded on its initial release in 1948. Time has only embellished its themes of loss, redemption, dignity and the value of a life's work which resonates today. Here presented for the first time are both moving film adaptations: The Browning Version (1951) Michael Redgrave gives the performance of a lifetime in this classic adaptation of Terence Rattigan's play. Public schoolmaster Crocker-Harris has become a bitter, disillusioned man. Stuck in a loveless marriage with a wife who openly cheats on him, the enthusiasm he once showed for his career and his pupils has long since vanished and The Crock has become a figure of disdain among the students whose life he has made a misery. With ill-health forcing him to resign his long-standing post a simple act of kindness from one boy has a profund impact on the seemingly heartless master. Directed By Anthony Asquith The Browning Version (1994) Albert Finney's portrayal of retiring classics teacher, Andrew Crocker Harris, is a marvellous and understated performance in this richly layered work of truth, tears and triumph. In a widely acclaimed performance, Finney plays a brilliant but stern classics instructor at a posh prep school who is forced out of his job and into the realization that he is despised in the classroom...and at home. Suddenly, the proud academic is adrift...until one student's profound act of kindness gives him the inspiration to build his life anew. Also starring Matthew Modine and Greta Scacchi. Directed By Mike Figgis
DETAILS