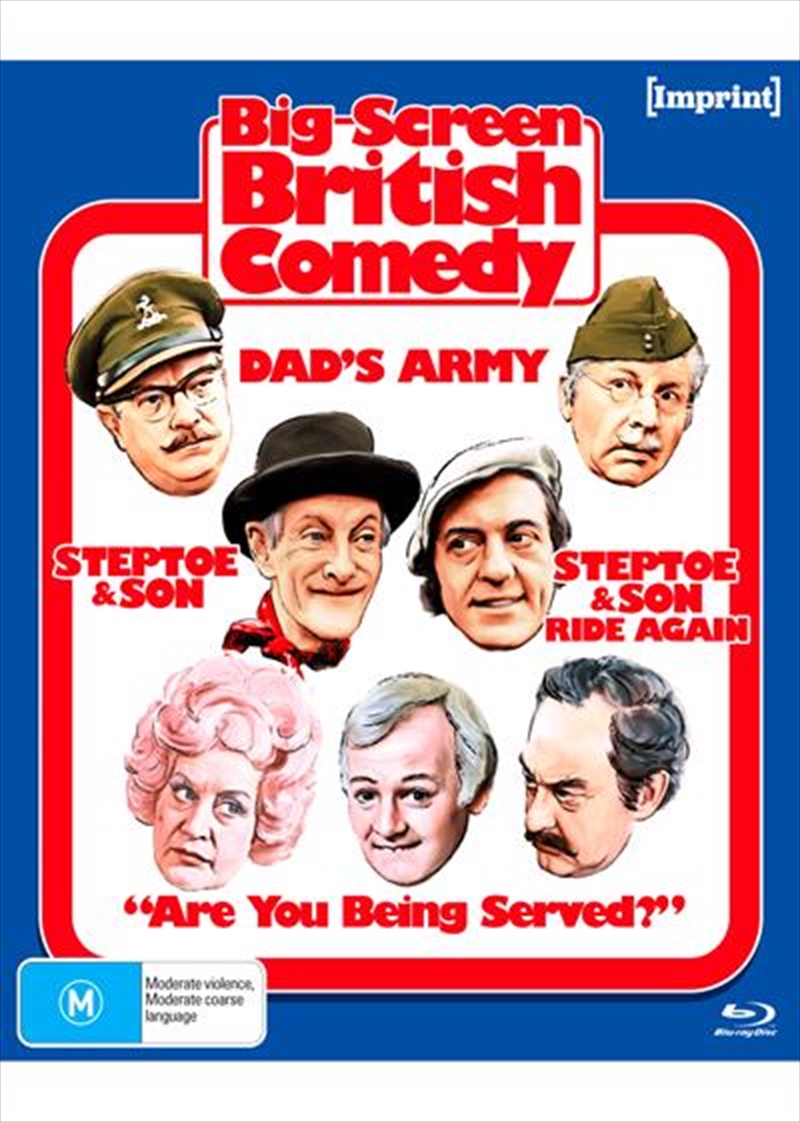 Three of the most popular and long-running BBC comedy series hit the BIG SCREEN in four film adaptations featuring the original casts Dads Army, Steptoe & Son, Steptoe & Son Ride Again, Are You Being Served? three appearing on blu-ray for the first time. DAD'S ARMY (1971) Britain: 1939. Walmington-on-Sea. The defence of this tranquil coastal town is in the hands of bank manager Captain Mainwaring when he assembles a motley platoon to become the Home Guard. STEPTOE & SON (1972) The bright lights of the West End beckon for Harold when he marries a stripper, but his ever-resentful father tags along on their honeymoon bringing an end to wedded bliss. STEPTOE & SON RIDE AGAIN (1973) The Steptoes loyal, but past-it horse must be sent off to the knackers yard. Instead of buying a new nag, a drunken Harold blows their savings on a greyhound in the belief it will win them a fortune. ARE YOU BEING SERVED? (1977) The staff of Grace Bros. Ladies and Gentlemen's department head to the sun-kissed shores of the Costa Plonka for the holiday of a lifetime while the store is redecorated.
DETAILS