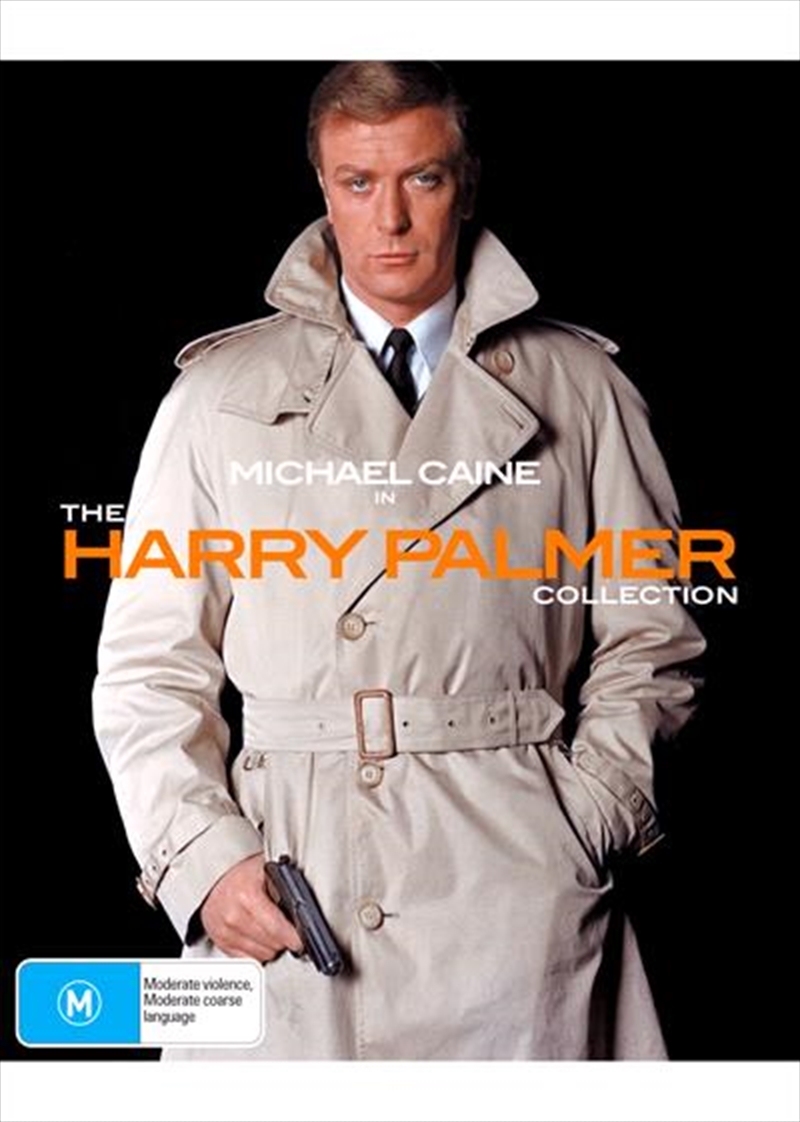 Michael Caine gives a stylish and highly acclaimed performance as Harry Palmer, a man caught up in the ferocious high-stakes world of international espionage. For the first time, all three original 1960s films are brought together in one collection, with bonus features worthy of further investigation. THE IPCRESS FILE (1965) Based on Len Deightons bestselling novel, the realistic, landmark spy thriller of espionage and counter-espionage centres on Harry Palmer, an intelligence agent assigned to investigate fears over British security. Produced by 007s Harry Saltzman, with music by John Barry, The Ipcress File provides a downbeat, yet realistic and exciting portrayal of 1960s espionage. FUNERAL IN BERLIN (1966) Harry Palmer is sent to Berlin where he is to extricate a Russian general who wants to defect. Director Guy Hamiltons follow up to The Ipcress File is the second in the film series based on Len Deightons novels. BILLION DOLLAR BRAIN (1967) Harry Palmer is blackmailed into working for MI5 again on his wildest and most dangerous assignment yet as he pits hit wits against an insane billionaire and his super computer. From 007 producer Harry Saltzman, and acclaimed director Ken Russell comes the final film in the 1960s Palmer trilogy.
DETAILS