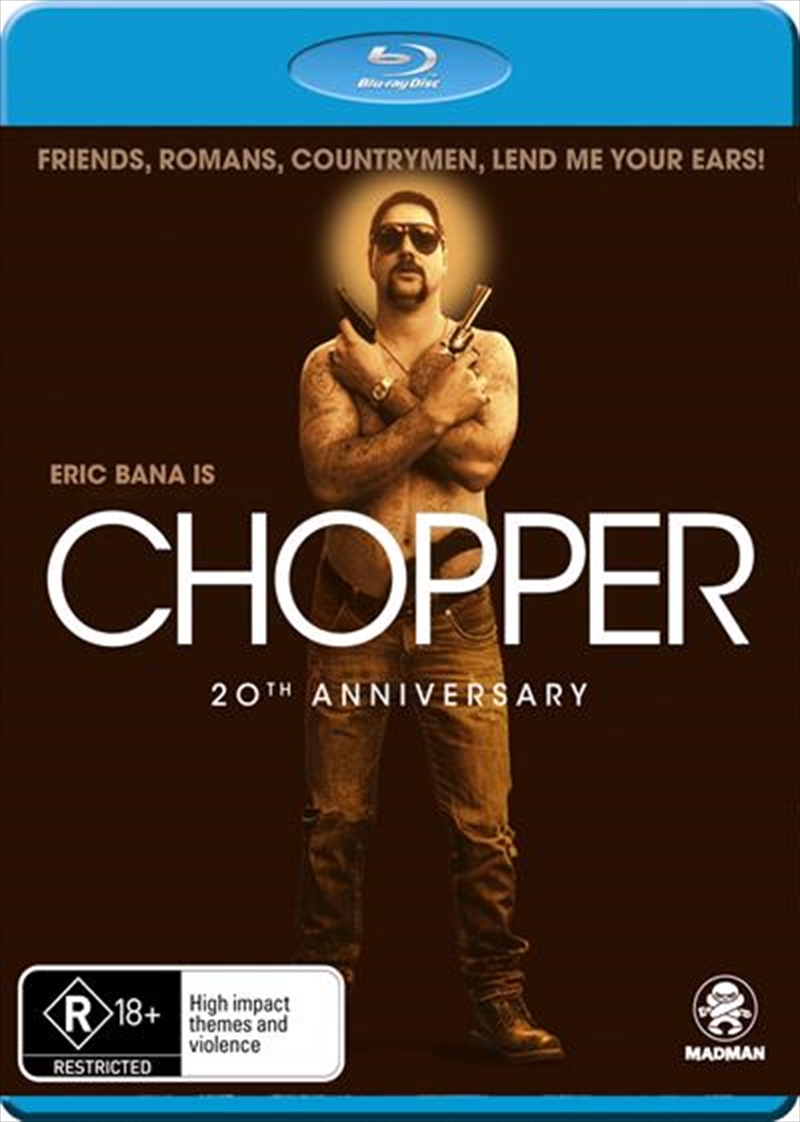 The critically acclaimed and multi-award-winning Australian cinema classic CHOPPER celebrates its 20th anniversary. With never before seen bonus footage and a digitally remastered master, overseen by the director, Chopper tells the story of the late Mark Brandon "Chopper" Read, real-life convict, bestselling author, and self-proclaimed "national icon". "I'm just a bloody normal bloke," he says in the movie. "A normal bloke who likes a bit of torture!" Written and directed by Andrew Dominik, in his feature directorial debut, Chopper stars Eric Bana as the title character recommended for the role by Chopper himself and co-stars Vince Colosimo, Simon Lyndon, Kate Beahan and David Field. With an arsenal of extra features and never-before-seen footage such as Eric Bana and director Andrew Dominik meeting the real Chopper while researching the film. PLUS: fascinating deleted scenes and alternative takes, the original theatrical trailer and audio commentaries from both director Andrew Dominik and Mark Brandon Chopper' read himself.