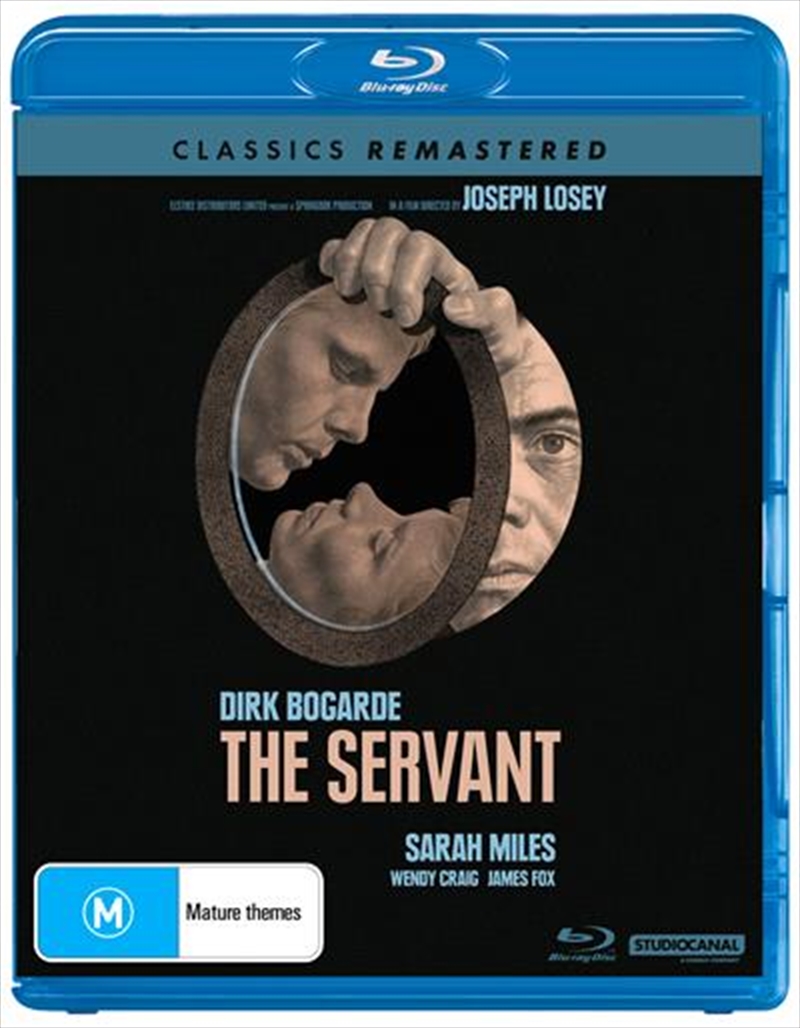 Shipping - See delivery options.
Postcode:
Quantity:
SEE MORE IN:
4 for $50 DVD, Blu-ray & More New Release Movies
DESCRIPTION
Tony (James Fox), a British aristocrat, hires the mysterious Hugo Barrett (Dirk Bogarde) as his household servant. The new employee soon begins to cause unrest in the household, and Tony is forced to send him away. But Barrett's influence extends further than Tony realizes, and he finds himself entangled in an intense psychological war with his former valet. Servant and master square off in a battle that redefines each man's understanding of fear, desire and class.
DETAILS