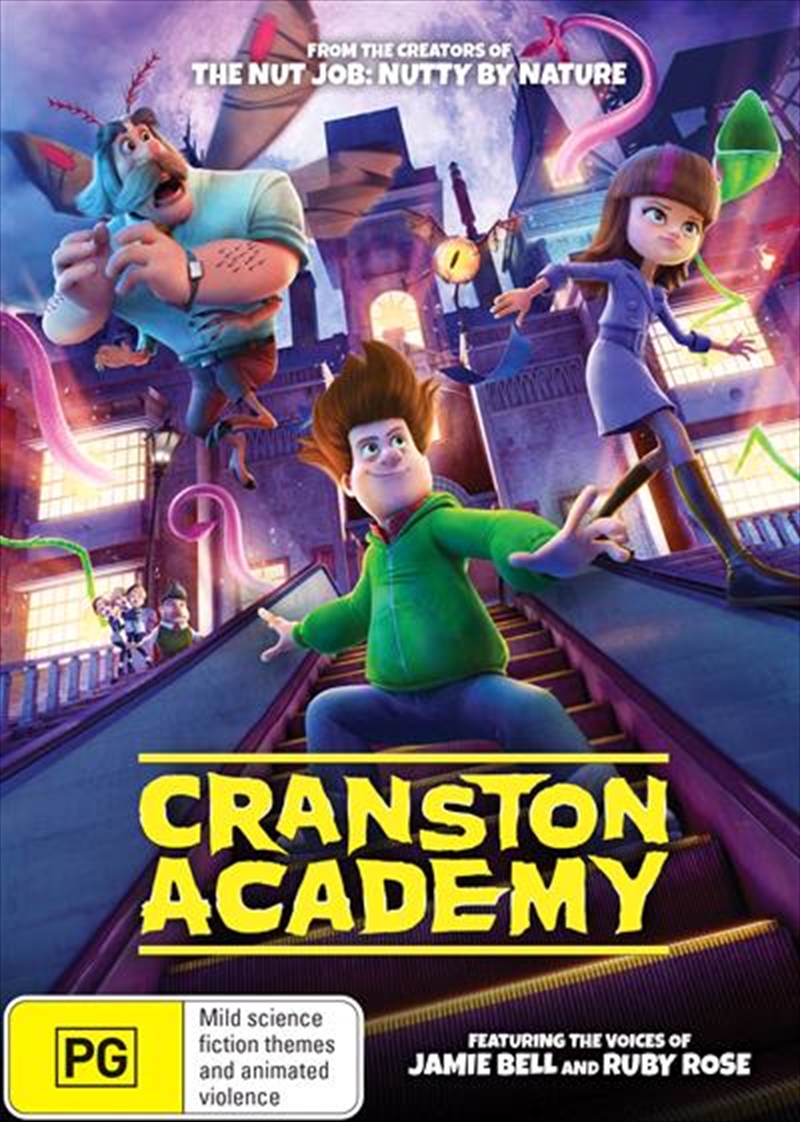 Shipping - See delivery options.
Postcode:
Quantity:
SEE MORE IN:
$10 Movies Everything $10
DESCRIPTION
Bullied for his intelligence and struggling to fit in at school, Danny is a 15-year-old genius that is always coming up with crazy inventions. When he is unexpectedly offered a scholarship to Cranston Academy, a secret, prestigious boarding school for geniuses, Danny views it as a place where his intelligence will be recognized and where he will have a chance to finally fit in. However, a school full of geniuses can make things quite competitive getting a 99% is considered a fail! In his quest to prove his intelligence amongst his peers, Danny inadvertently opens a portal to another dimension and unleashes a slew of monsters on the school - giant flying eyeballs, two-headed dogs and a slimy pink tentacle to name a few! Together with his roommate Liz, and a half-moth, half-man professor aptly nicknamed Mothman, Danny must overcome the demons of the 5th dimension and those that lurk inside him in order to save the school.
TRAILER
DETAILS