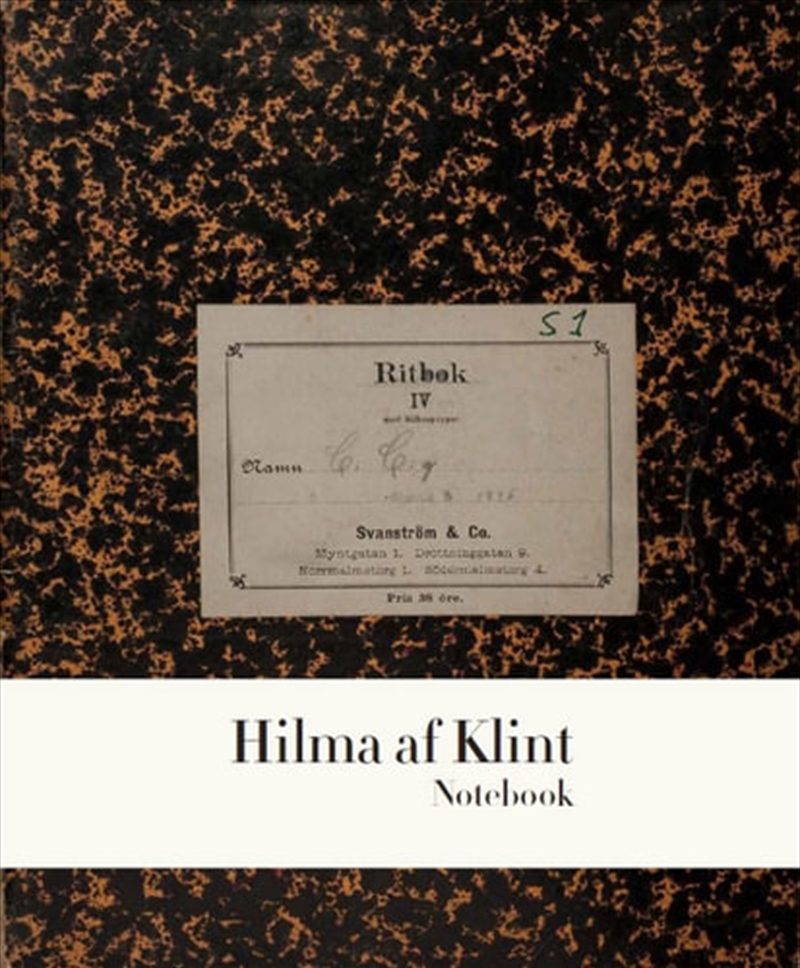 This sketchbook is an exact copy of one of 'The Five's' sketchbooks of which Hilma af Klint was a founding member. Each notebook contains four drawings made by the group; the rest of the pages have been left blank for your own notes, sketches and drawings.

In 1896, Hilma af Klint and four other like-minded women artists left the Edelweiss Society and founded the 'Friday Group', also known as 'The Five'. They met every Friday for spiritual meetings, including prayers, studies of the New Testament, meditation and seances. The medium exercised automatic writing and mediumistic drawing. Eventually they established contact with spiritual beings whom they called 'The High Ones'. In 1896, the five women began taking meticulous notes of the mediumistic messages conveyed by the spirits. In time, Hilma af Klint felt she had been selected for more important messages. After ten years of esoteric training with 'The Five', aged 43, Hilma af Klint accepted a major assignment, the execution of The Paintings for the Temple. This commission, which engaged the artist from 1906 to 1915, changed the course of her life. In 1908, Rudolf Steiner, leader of the German Theosophical Society, held several lectures in Stockholm. He also visited af Klint's studio and saw some of the early Paintings for the Temple. In 1913, Steiner founded the Anthroposophical Society, which af Klint joined in 1920 and remained a member for the rest of her life.